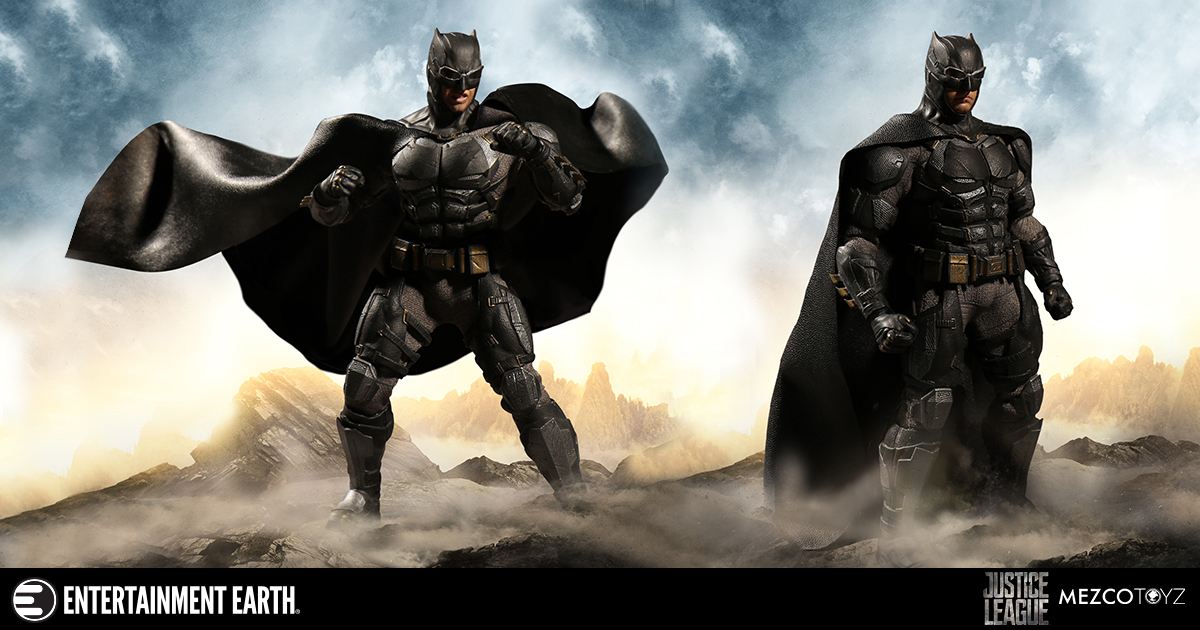 In 2017 we finally got to see the DC Comics superhero team-up live action movie we’ve all been dreaming of for so long. Whether or not Justice League was exactly what we wanted is up for debate, but we still got to see Batman, Superman, Wonder Woman, Cyborg, Aquaman, and The Flash fighting bad guys on the big screen for the first time ever and it was fun! Batman, in particular, found himself up against the likes of alien demons and one very large and very immortal New God. A fight like that takes a brand new suit and if we know anything about Batman it’s that he’s prepared for every situation. Capturing this stealthy and fully-equipped suit, this action figure brings Ben Affleck’s Batman to life… well not to life but to action figure glory!

The Justice League Tactical Suit Batman One:12 Action Figure comes with more accessories than any Barbie ever made. Included with the figure you get a pair of fists, a gun holding hand, a pair of posing hands, a pair of Batarang holding hands, two pairs of goggles, a Parademon rifle, three Batarangs, three grenades, one grappling gun with several attachments, and a display post and base with logo. Recreate your favorite scenes from the movie by posing Bats in all kinds of positions with all kinds of wonderful toys.

You don’t have to have liked the movie to know that this figure is extremely detailed and looks great. This Batman figure is a must-have for any true fan of the Dark Knight and would look great standing next to any other iteration of the Bat. Order yours now and regret nothing later!