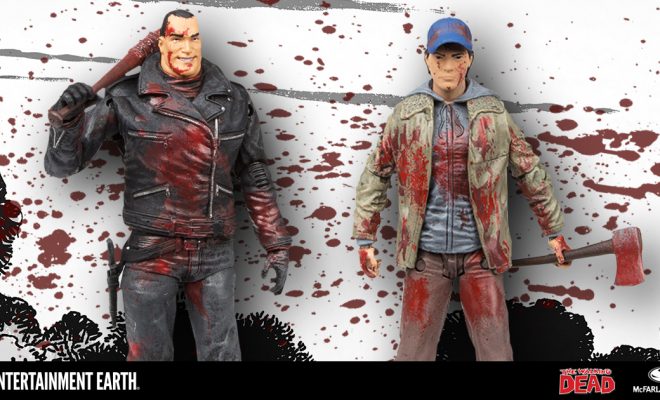 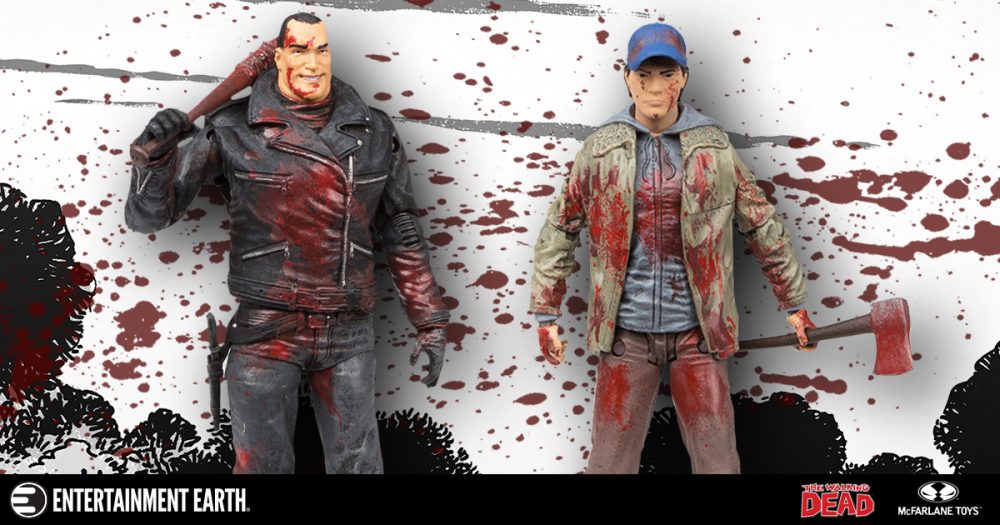 Before The Walking Dead was the hit TV show that we know and love today, it was a critically acclaimed comic book series. Relive the most horrific death sequence from The Walking Dead’s 100th issue with The Walking Dead Negan and Glenn Color Bloody Action Figure 2-Pack- San Diego Comic-Con 2016 Exclusive!

The season six finale of the show left us with a nail-biting cliffhanger. We won’t know exactly which character met the end of Negan’s baseball bat until the season seven premiere this October. However, in the comic canon, we sadly already know who bites the bullet: fan favorite Glenn.

Place your pre-orders now and recreate one of the most memorable scenes from The Walking Dead graphic novel series. We’ll ship it your way come January 2017!