The Bear They Call Jayne 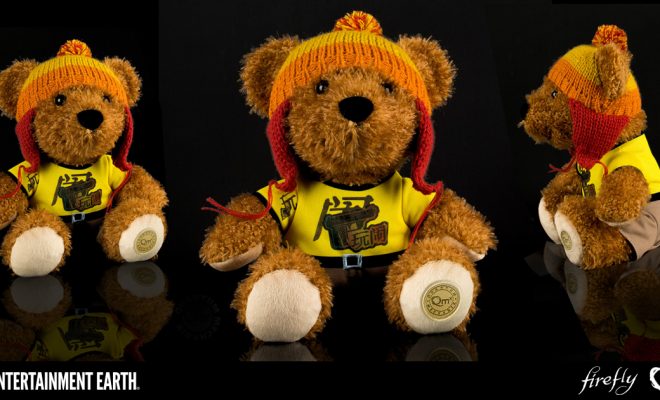 This bear probably won’t steal from the rich and give to the poor, though Jayne wasn’t really trying to either. Perhaps the adorable, fluffy exterior is just a rouse. A clever distraction to lull you into a false sense of security until he can turn on you. Then again, all you really have to do is stick him in the airlock for a few until he realizes who’s really the captain of this ship, er… House? Whatever vessel you occupy out in your corner of the ‘verse!

While Jayne was arguably the roughest member of Serenity’s crew, I like to think that this shows who he really is deep inside. After all, he helped save Simon and River eventually, and always had a soft spot for Kaylee. Add all that to his love for Ma Cobb and you’ve got the obvious choice to turn into a teddy bear!

A mercenary teddy bear can’t leave the house without his favorite hat. Can’t be taken seriously if you don’t don the cunning head wear! Teddy Jayne is also sporting his trademark cargo pants and his favorite ‘troublemaker’ tee shirt, letting you know exactly what he’s about. He would have worn his Blue Sun shirt, but that’s still got a big ol’ gash in it from that one time the psychic girl went crazy.

This little guy won’t be out in the ‘verse until October. Make sure you pre-order today. Jayne doesn’t like to go on missions unless payment’s made or he gets to bring his grenades, and it looks like he’s all out of grenades!