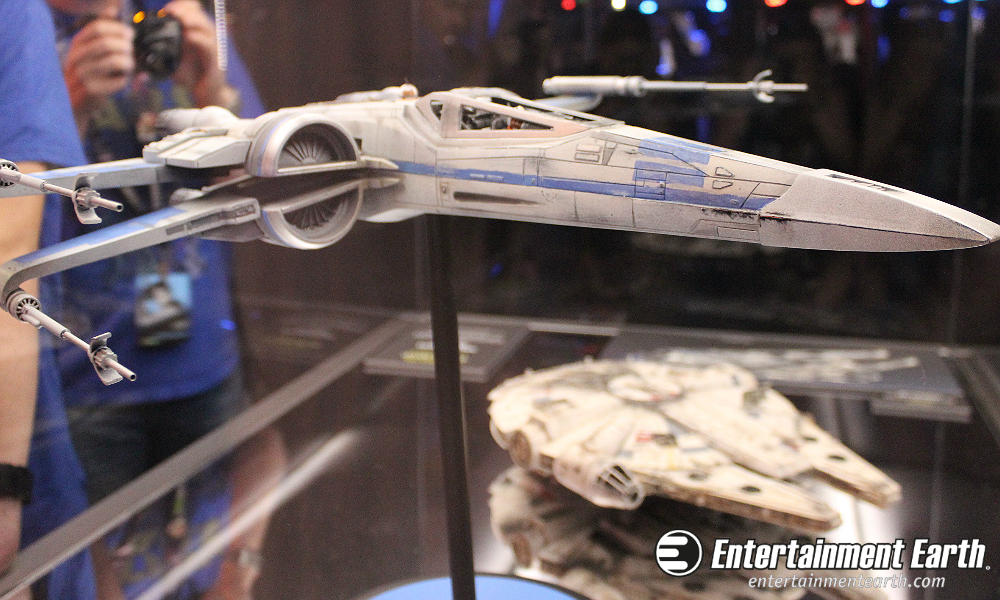 One of the biggest draws at Star Wars Celebration was an exhibit for The Force Awakens. The long line didn’t stop guests from wanting to see models and costumes from the upcoming film, myself included.

We’ve seen the second trailer, but this exhibit let fans get up close and personal with the new film. As you can guess, speculation ran rampant throughout the convention.

New Stormtroopers littered the room, prepared to fight in any condition, if the Flametrooper and Snowtrooper are anything to go by. Flametroopers are equipped with incendiary weapons and Snowtroopers wear special insulated armor. The sleek new look of the regular Stormtrooper was also on display. Interestingly, I noticed on the description plaques that these troopers serve the First Order.

This was even more intriguing when I saw the X-Wing fighter model on display. The Incom T-70 X-Wing is a ship for the Resistance, which fights against the First Order. There was no mention of an Empire or Rebel Alliance.

The X-Wing showed off a rebel pilot as well as our new droid, BB-8! Speaking of that little guy, dubbed the “soccer ball droid” by fans, he was also proudly on display front and center. 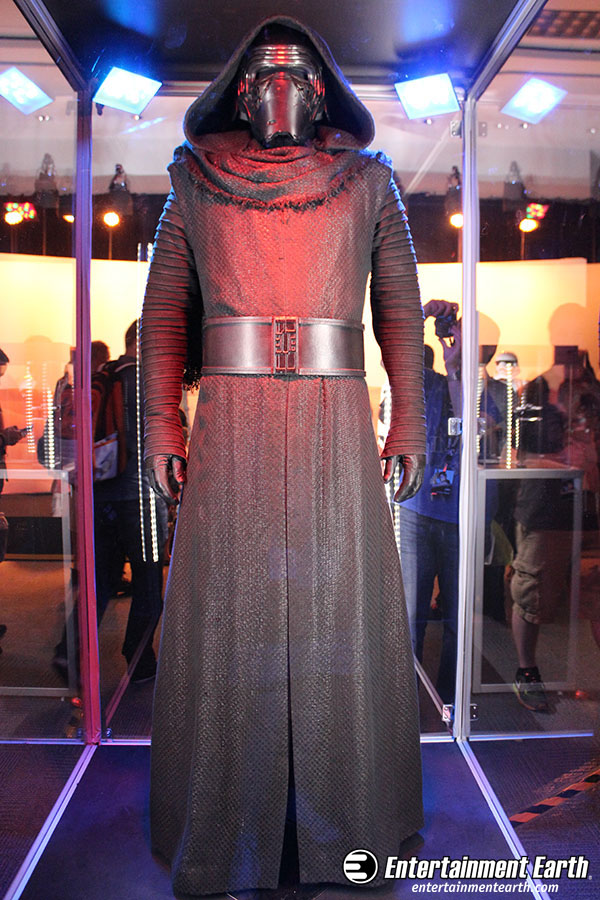 Han’s ship, the Millennium Falcon, sat next to the X-wing and was a hit with fans.

The costumes for the three main characters received the biggest buzz in the exhibit. Our villain, Kylo Ren, was darkly lit and stood dauntingly in the center of the room. His metal mask (dubbed a helmet on the plaque describing his costume) gave me very big Doctor Doom vibes.

His crossguard lightsaber hilt was dusty and looking worse for wear. Loose wiring was visible, making me continue to believe that this lightsaber is not regulation.

Finn’s non-Stormtrooper costume was also on display. In the concept art shown, he clearly has a lightsaber hanging from his jacket. What’s so interesting about the lightsaber is that it looks like Anakin’s. Is Finn Force-sensitive or does he have the lightsaber for another reason?

Last was Rey’s costume, covered head to toe in muted colors and with several layers of wrapping, presumably to protect her from harsh desert weather on Jakku where she’s a scavenger. The costume had her sporting several bags, goggles, gloves, and the staff we speculated on in the first trailer.

It was great seeing all these costumes and models up close. It really helped the film sink in and got me more excited than ever.

Do you have any thoughts or speculation on what the exhibit had on display? What’s your favorite thing on display? Let us know in the comments!