Life Is the Bubbles under the Sea with These New Funko Pop! Vinyls 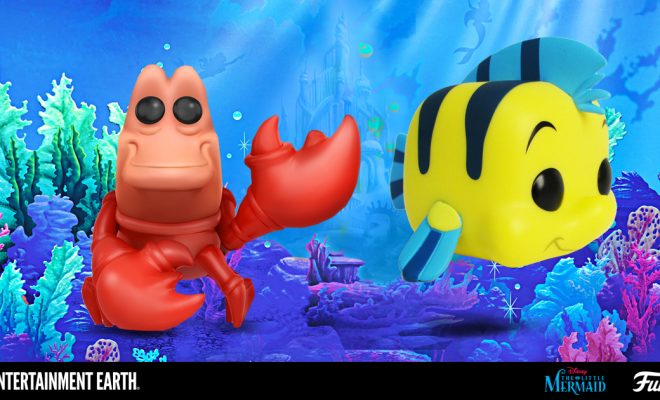 Look at this stuff, isn’t it neat, wouldn’t you think your collection’s complete? Well, you’d like to think that, but you’d be wrong, because Funko just released two new delightful Disney Pop! vinyl figures to add to your ever growing collection, and they are both adorable!

I know, I know, your wallet can only take so much, but don’t be such a guppy! You can’t go on adventures with your favorite redhead all throughout the ocean blue without Flounder. Don’t let his little smirk fool you; he’s probably trying not to panic.

And what would you do without the ever worried voice of Sebastian in your ear? He may look like he’s dancing, but he’s likely just trying to get away from some crazy chef trying to serve him up as the main course!

Ariel’s two companions travel with her here on the land and on the ocean floor, acting as the voice of reason, and sometimes fear. After all, when you’re a headstrong sixteen-year-old, the external voices of fear and logic are important, because that is not a feature that comes standard!

Whether you need them to act as a reminder of reason, or you need a little friend to sing along to your favorite The Little Mermaid tunes with, make sure to preorder your favorite crustacean and tropical fish before they skip back down to Atlantis!