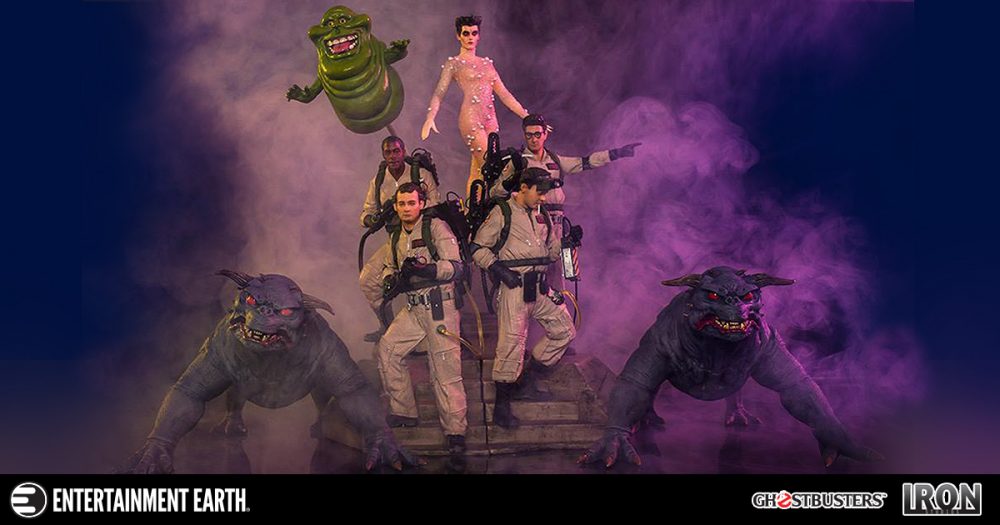 The movie that set the bar impossibly high for action/comedies is coming to life again. The new collection of Ghostbusters 1:10 Art Scale Statues by Iron Studios is just as impressive as the original movie. This collection of amazingly detailed statues fit together to build one epic diorama so realistic, you’ll swear it was a still from the movie.

The team is back together again. And a man who gives a bad name to fringe scientists everywhere, comes to life with an impressive sculpt of Bill Murray in one of his most beloved characters, this statue is hand-painted and extremely detailed. He is joined by Egon Spengler, an outstanding likeness of Harold Ramis playing the brains of the outfit, and the Ray Stantz, the Ghostbuster with the best information about the supernatural world. And of course, the team would be short a hand if they didn’t bring along Winston Zeddmore, bringing to life Ernie Hudson’s character, the skeptic of the bunch.

Those four impossibly detailed statues make up the Ghostbusters, but the comedy team would be nothing without adversaries that spring them into action. That’s part of what makes this new collection by Iron Studios so impressive: the addition of fantastic sculpts of the enemies.

The disgusting little spud, Slimer, is here in statue form. The base of this statue connects with the Gozer the Gozarian. They are joined by the two hellhounds, Zuul and Vinz Clortho, making the enemies roster just as long as the heroes and every bit as magnificent.

The attention to detail and subtle power of these statues is hard to capture until you’ve seen them all together. Building a single Ghostbusters diorama, this limited edition collection is hard to be without. Ranging from 7 ½-inches to 13-inches, these polystone collectibles won’t last long. You can pre-order them now on Entertainment Earth!