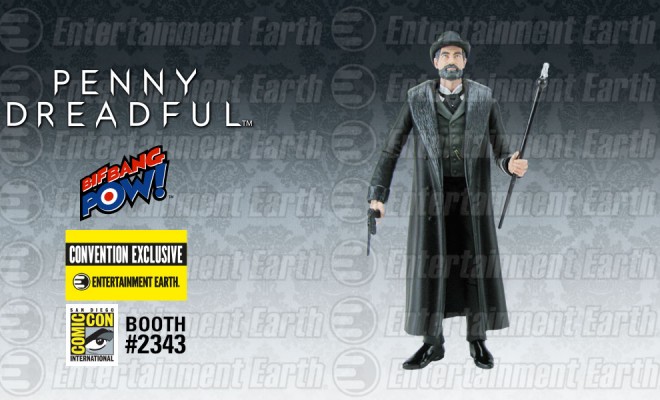 This intricately detailed figure features the debonair explorer in a dapper black tailcoat suit made of soft and flexible PVC plastic. The rest of the ensemble is completed by his white collared shirt and black tie. This first ever 6-inch figure of the popular Penny Dreadful character features a whopping 18 points of articulation and includes Malcolm’s signature cane with sitting lion, top hat and hand gun as accessories. With a production run of only 2,800 pieces, this individually numbered and limited edition Entertainment Earth convention exclusive will disappear scary fast! 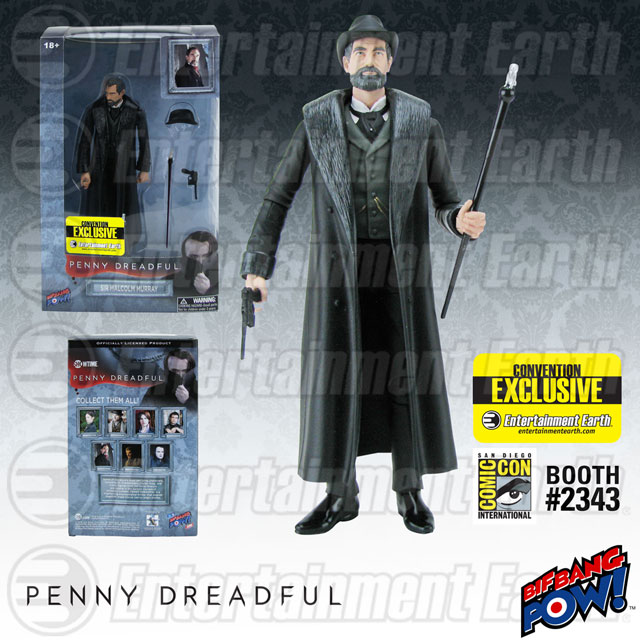