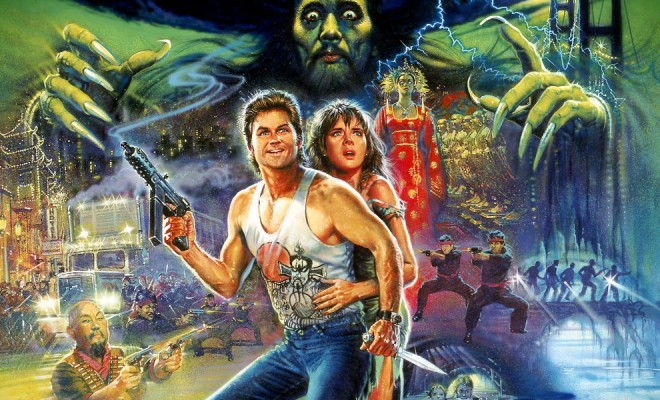 Dwayne “The Rock” Johnson has had a successful acting career post-wrestling days. He found success as an action star and has several big projects coming up including the HBO original series Ballers, Disney’s animated feature Moana, Warner Bros. and DC’s Shazam!, and now stepping into Kurt Russell’s shoes in a remake of Big Trouble in Little China.

The Wrap reports that Johnson is in negotiations with 20th Century Fox to star in the remake as Jack Burton, an all-American trucker who gets dragged into a centuries-old mystical battle in San Francisco’s Chinatown.

While the original film only earned $11 million domestically, it became a cult classic and garnered a large fanbase.

Johnson and his team pitched the remake idea to Fox, who released the original film. X-Men: First Class writers Ashley Miller and Zack Stentz are set to pen the remake script.

You can currently see Johnson in San Andreas, which earned an impressive $54 million domestically on opening weekend.

Are you excited for a Big Trouble in Little China remake starring Dwayne Johnson? Let us know in the comments!

Entertainment Movies
Related Items20th Century FoxBig Trouble in Little ChinaDwayne JohnsonEntertainmentGallery
← Previous Story Which Hero Was Spotted Shooting Scenes on the Set of Suicide Squad?
Next Story → The Star Wars Comic Just Made a Huge Change to a Popular Character