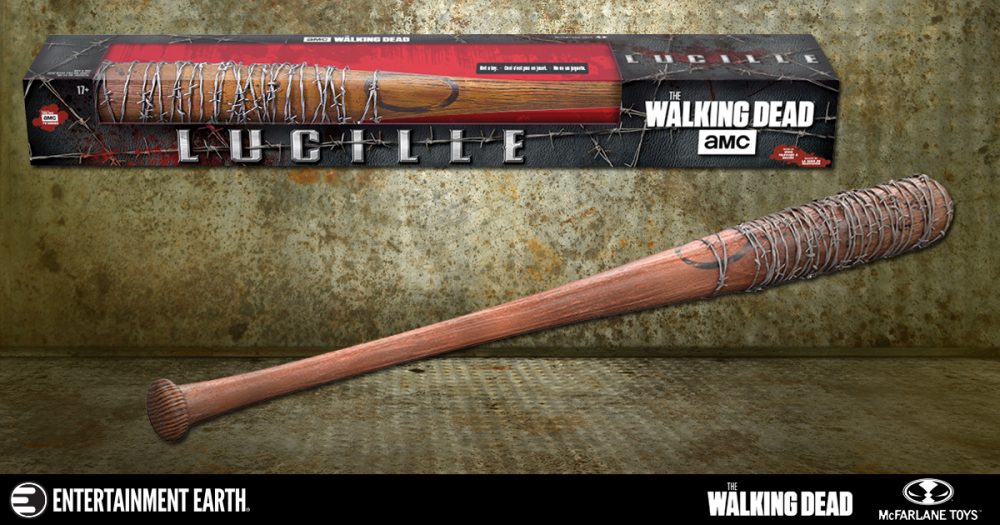 This past season of The Walking Dead was filled with thrills, chills, and one hell of cliffhanger. We were introduced to Negan, the leader of the group known as The Saviors. He is by far one of the most merciless enemies to ever cross paths with Rick Grimes and the other survivors. His weapon of choice is a baseball bat fondly named Lucille. Show your love for the hit series by purchasing your very own The Walking Dead Negan’s Bat Lucille Replica.

This adult role-play replica of Lucille is crafted to match the exact specifications as the bat carried by Jeffery Dean Morgan, who portrays Negan on the show. With no remorse, he executes those who get in his way. With the barrel end wrapped in barbed wire, Lucille is the iconic weapon that Negan wields to not only intimidate others, but eliminate them as well.

Place your pre-orders now and we’ll ship this beauty once it’s available in November 2016.