This Iron Man Action Figure Will Light Up Your Collection 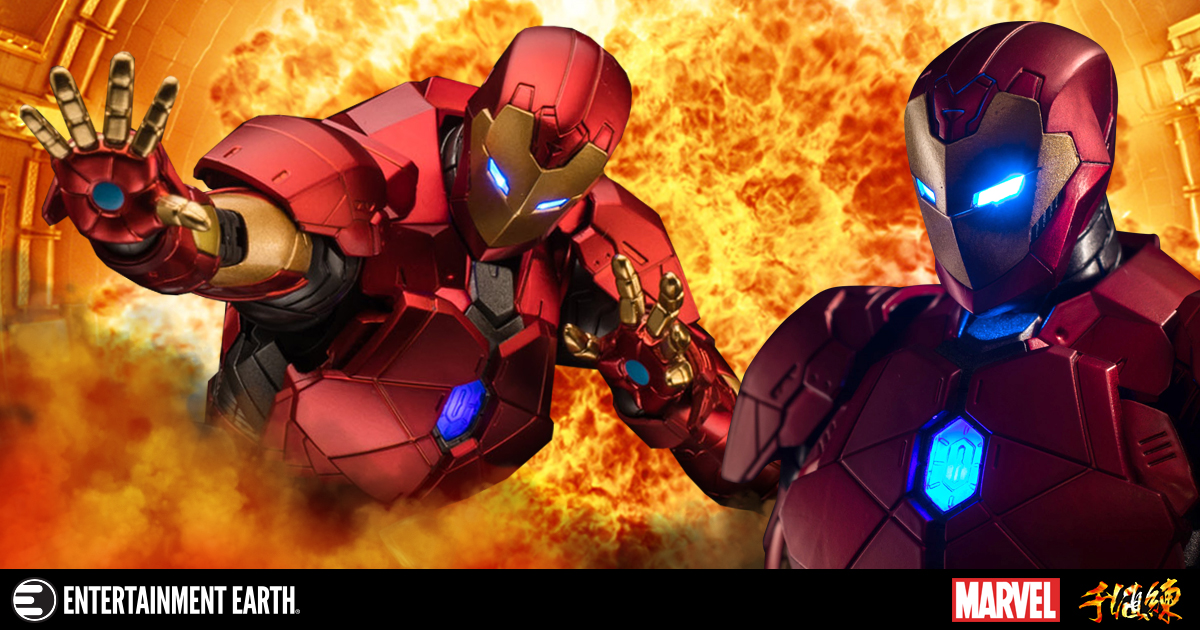 Iron Man has some of the best tech around, so it’s only natural that you would want the same in any collectible figures based on him. Well, your wish has been answered! Now you can take home the Iron Man Shape Changing Armor Re: Edit Light-Up Action Figure.

The 8th release in the Re: Edit Iron Man series – Shape Changing Armor! Based on Bleeding Edge Armor, the characteristic head, shoulder, chest and legs is redesigned for this version. Numerous different materials, such as ABS and diecast have been used in the production of this figure, which comes fully painted with LED light-up functions. The display base included can be connected with bases from the previous series!

This Iron Man action figure measures approximately 7-inches tall and is recommended for ages 15 and up.

Iron Man will be available in March 2017. Place your pre-orders with Entertainment Earth now and receive free shipping!