Thor is Fully Armed in this Powerful Statue 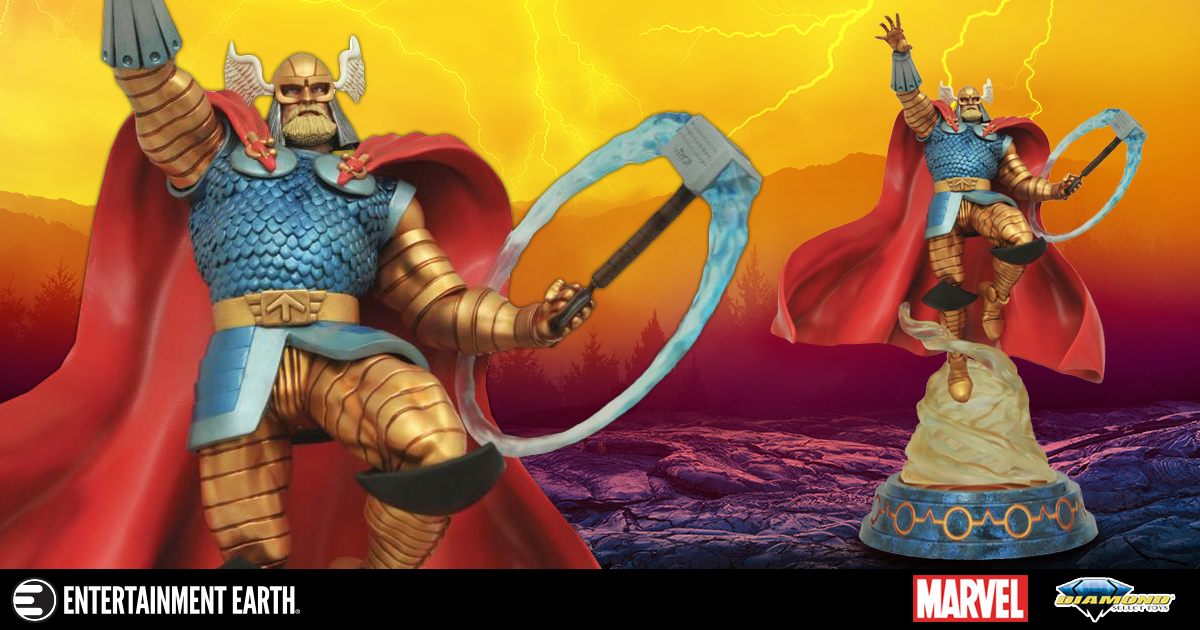 Thor has seen many different forms throughout his run as a comic book legend. But the son of Odin is perhaps most powerfully depicted by Walt Simonson, during his time as artist of the Thor comics. Powerful, authoritative, and wise are three words that come to mind when you think of Thor during this important era of his reign. In order to commemorate a memorable time in Thor’s history, this Marvel Milestones Armored Thor Statue has been commissioned, but only a few will ever be made!

The God of Thunder comes across as nothing less than godly, wearing his full armor and swinging the mighty Mjolnir. His blond beard balances out his decorative helmet, lending authority and maturity to the supernatural superhero. Thor’s red cape billows behind him as he takes flight, appearing to hover in the air atop of cyclone of air that spins beneath him. This statue not only captures Thor’s majesty, but a sense of movement as well.

Standing about 12-inches tall, this monumental statue is sculpted by artist Phil Ramirez. It is sure to be a conversation piece at the center of any collection. However, just as impressive as the statue is the certificate that authenticates your statue as one of only 1,000 pieces that will be made as part of this Marvel Milestones edition! Yes, this thrilling statue has a very limited run, so you will have to pre-order it soon from Entertainment Earth, if you hope to weild the power of Asgard!