Amethyst Is It in the Entertainment Earth Exclusive Steven Mini-Figure! 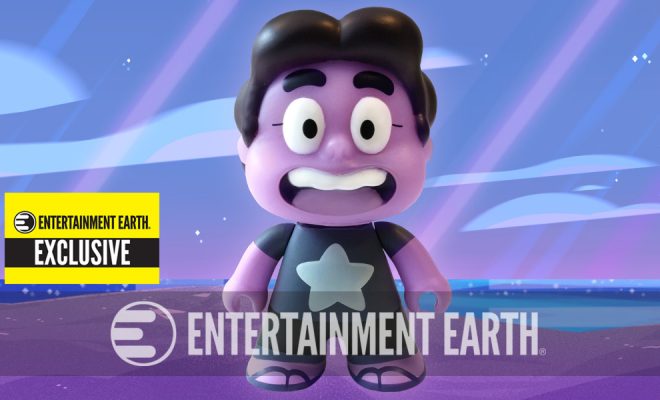 Tag! Now you have to turn into Steven! Exclusive to Entertainment Earth is the new Steven Universe Amethyst mini-figure! But this isn’t just Amethyst, it’s Amethyst after she’s shape-shifted into Steven for Steven Tag!

It might look like Steven, but with Amethyst’s coloring, excited grin, and eyelashes there’s really no questioning who it is. The vinyl figure is 3-inches tall and comes in a blind box package. This is not only an Entertainment Earth exclusive, but a limited run. Only 1,040 figures will be produced, and given that Steven Universe is one of the hottest shows on Cartoon Network right now, fans will need to be fast to snatch up one of their own!

You can order the Amethyst mini-figure at Entertainment Earth now. Get in now before you lose!