You Don’t Want to Miss This Complete List of the NECA Toony Terrors Series!

Remember the fun cartoons and characters you used to watch on Saturday mornings when you were a kid? Well now, here’s your chance to relive those Saturday mornings in a new way with Toony Terror Action Figures from NECA. These scary-yet-cute characters allow you to reimagine the fun of getting up before Mom and Dad every Saturday morning to watch cartoons. The figures come in four series and are available from Entertainment Earth. 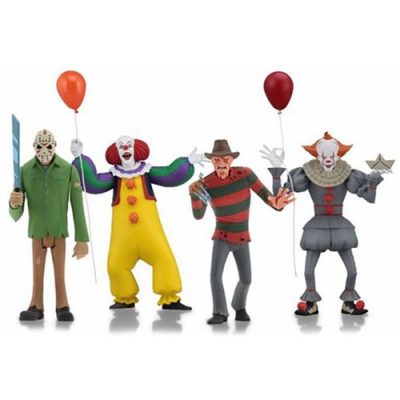 The first series was on target with horror icons Jason Voorhees (Friday the 13th), Freddy Krueger (A Nightmare on Elm Street), and 2 versions of Pennywise the Clown (1990 IT TV miniseries and the IT movies, Chapter 1 and Chapter 2). 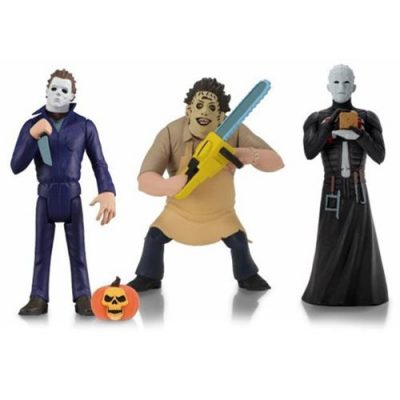 Each of the first two series comes in a case containing 12 figures – that’s four of each character. Heck, you could create two armies and enact the Great Horror Icon Battle! Each figure is individually wrapped in blister-card packaging. Be sure you order the Toony Terror Action Figures Series 1 and 2 now.

As if that’s not enough, here’s NECA’s wave 3 set. As adorable – as well as creepy – as the figures in the first 2 series, Series 3 offers more stylized characters from the world of horror in Ash (Evil Dead 2), the Nun (The Conjuring universe), and Count Orloc (Nosferatu). This new set features all 3 figures: Count Orloc with his rat, Ash with his trusty shotgun and chainsaw, and the Nun painted to look as terrifying as she did onscreen.

Tiffany and Chucky make the perfect pair, not just with each other, but also as our next release in the Toony Terrors line.

The fourth wave of NECA’s Toony Terrors line was revealed and it includes Beetlejuice, Victor Crowley from Hatchet with an ax accessory, Regan from The Exorcist with an interchangeable head, and Sam from Trick ‘r Treat.

If you’re looking to get a special gift for that horror collector in your life, these action figures are the perfect fit. Get Series 1, 2, 3, 4, and the Bride of Chucky 2-Pack. The way you remember Saturday morning cartoons will never be the same!