There’s no doubt that we’ll definitely be at the movies in 2016 with so many big films on the way. From Deadpool to Dr. Strange, you guys sounded off on our facebook post about which upcoming comic book features you’d like to see the most .

So here’s a list of the the top 5 most anticipated movies, chosen by you, with cinematic collectibles to match! Why hold on to a ticket stub when you can enhance memories of your movie-going experience with something much greater?

With great movies, come great collectibles – so get ready to rev up your collection with these five-star movie mementos.

5. Teenage Mutant Ninja Turtles: Out of the Shadows

Even if you didn’t like the first one, that’s still not keeping fans from wanting to see if the latest release will be any better. Looks like most people are looking forward to seeing bad guys Bebop and Rocksteady, along with Casey Jones, who will be played by Stephen Amell.

We recommend checking out this line of Teenage Mutant Ninja Turtles Movie Action Figures by Threezero, to go along with your excitement for the film. 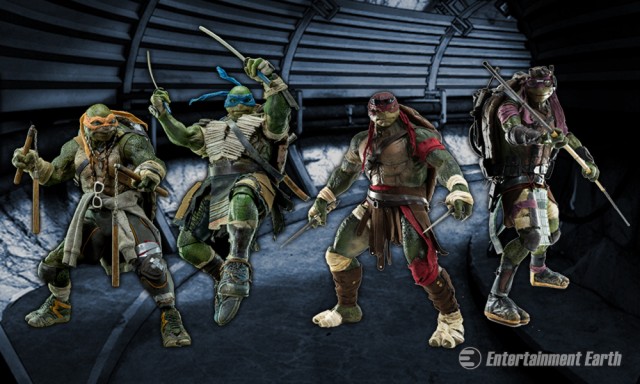 Based on their likeness in the 2014 film (which mirrors their image in the 2016 release), these authentic figures feature movie-accurate facial expressions, including detailed wrinkles and textures! With over 25 points of articulation and realistic battle damaged paint effects, these impressive figures will definitely delight fans new and old.

These action figures stand approximately 11 3/4-inches – 13 1/4-inches tall and include interchangeable hands, and many more accessories.

With the success of 2014’s X-Men: Days of Future Past, there’s no wonder why we are all looking forward to this one. Enhance your collection and your mental capacity with this Marvel Professor X and Apocalypse Chess Piece with Collector Magazine from Eaglemoss Publications.

The Marvel Chess Special comes with two chess pieces as well as a 16-page magazine. You can collect alternate kings for the X-Men set with Professor Xavier and Apocalypse. This set is #5 in the Marvel Chess Figure Collection Magazine Special.

Certainly we don’t need to explain why anyone would want to see a movie spearheaded by two of the most powerful and notorious superheroes going head to head. Create your own epic battle between the two with this Batman v Superman: Dawn of Justice Rock Em Sock Em Game. 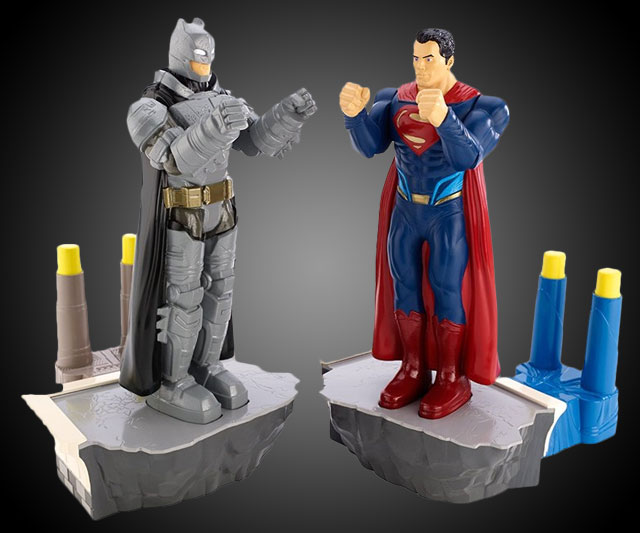 It’s a modern twist on an old classic. You know Rock ‘Em Sock ‘Em Robots, but now Batman and Superman are duking it out. Embark on the ultimate showdown with realistic sounds and jaw-jolting action. And if you happen to land a superhero-worthy punch, you’ll be declared the winner and hear the victorious K.O. sound. Even if there wasn’t a movie coming out, I’d still have to get this game anyway.

The cast of this film alone is enough to ensure there’ll be plenty of butts in the seats for this one come May 6th. And this Captain America: Civil War Crossbones Unmasked Dorbz Vinyl Figure – Entertainment Earth Exclusive from Funko, which comes in April, can even accompany you if you want.

He survived Captain America: The Winter Solider, but now Brock Rumlow is determined to see our hero Steve Rogers fail and Hydra rise above.

This exclusive unmasked version of Crossbones shows him with the facial scarring he received in The Winter Soldier. The marks on his face are not just painted, but textured as well, which adds a level of detail to this figure that can’t be found elsewhere.

I don’t know if it’s because this one is just a few weeks away or all the incredible marketing that’s been going on around it, but Deadpool is certainly the most anticipated movie of the year thus far. Get in on all the “SkullpoopL” action with this Deadpool Limited Edition 8-Inch Retro Action Figure Set from Diamond Select.

Remember that time in the 1970s when Deadpool got his own action figure? Neither does Deadpool! Realizing that a great injustice had been done, the Merc with a Mouth demanded the mego-style 8-inch action figure he deserves.

Arriving inside a retro-style window box, the figure is packaged in a tray alongside two bonus outfits. Dress him in a more detailed, modernized Deadpool head and suit or a white X-Force outfit with an unmasked head. Plus, there are more swords, guns, and weapons than you can shake a taco at! This awesome action figure is limited to only 3,000 sets.