Sleep with Your Toys! Top 5 Toy/Nerd Themed Hotels You’ll Want to Add to Your Bucket List 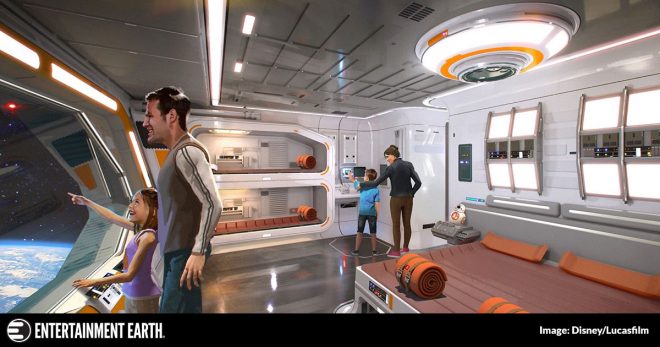 I remember as a kid dragging my toys all over with me. No matter where I was, especially when my family and I would go on vacation and stay at a hotel, I had to have an array of toys to make me feel at home. Now that I’m grown up I have the ability to decorate my home with whatever toys and nerdy stuff I want. The problem is my toys now are worth more than the Barbies or stuffed animals I would run around with when I was a kid. This makes it a little difficult to bring a piece of home with me on vacation to make me feel comfortable. Fortunately, I have found some amazing hotels that either feature themed rooms or are creating truly immersive experiences to make me feel at ease.

Here is the list of top five toy or nerd-themed hotels from around the world that I cannot wait to check off my bucket list:

This is a first of its kind suite that was made possible by a partnership between the Hilton Hotels and Mattel. Welcome to the life-size Barbie dream suite. This fully pink room features a television that is constantly playing Barbie movies, a life-size pink catwalk with a mirror for dressing, 2D art wallpaper on to give that Barbie Dream House feel, and of course Barbies everywhere! There is also a door that leads to a separate room for parents or your partner if they just aren’t into Barbie like you are.

Rooms were going for $179 a night but unfortunately booking online doesn’t seem to be available anymore. Hopefully theming this room was a success and the bookings become available again soon!

It’s one thing to have a themed room but what about a fully themed hotel? You’ll be pleasantly surprised at every turn to see great theming that makes the LEGOLAND Hotel itself look like it’s made of LEGO. There are many interactive play experiences including a life-sized LEGO pirate ship in the lobby and larger than life LEGO sculptures everywhere you look. It is definitely a sight but that’s not all. There are actually specifically themed rooms that cater to a plethora of LEGO fans.

You can couple this with going to the Legoland Theme Park to really get the full experience and satisfy that kid in you. Check out their website for availability to build your next vacation.

Speaking of fully themed hotels, this Toy Story hotel at Shanghai Disneyland is absolutely masterful. Disney is known for its amazing theming at all of its resorts, cruises, and theme parks around the world. This hotel takes that to a new level. From the layout of the hotel to a Rubix Cube side table in your hotel room, everything is meticulously themed to create a full experience for any guest ready to play pretend!

This hotel made my list because of all of the amazing details. Not only is it Toy Story themed but the way it is put together makes you feel like you are one of the toys!

While the previous three hotels have catered to my childlike sensibility this next one has to be my all-time favorite hotel themed room. I cannot wait to stay in it one day! Look out for the batsignal because it’s time to be Batman!

This Batman themed room is in Taiwan at the Eden Motel. It is super impressive and truly looks like you are walking into a cave with the texturing on the walls. The room itself features a Batman themed bed and headboard, mini gargoyles, bats everywhere, a bathtub with a Batsuit hanging above it and a Batmobile protruding from the wall you can actually sit in. The absolute best part is when you lay on the bed you can watch some television on a custom bat shaped flat screen television. This room is super impressive, sleek and will make any caped crusader feel right at home.

So, this hotel was recently been announced at Disney’s D23 Expo and it’s already my top nerdy hotel I want to visit. According to Verge, the Star Wars Hotel would be attached to the Hollywood Studios theme park in Orlando, Florida, and would be a fully themed resort experience. The concept?  It is actually going to be the inside of a Star Wars Starship! Whoa!

From the minute you walk in you are transported to a Star Wars Starship. Every person you interact with is part of the story and you can even take part in programs like lightsaber training, ship exploration, and personalized secret missions just for you. Of course, it will include a plethora of amenities but what I’m most excited about are the actual rooms. They are going to be made to look like the interior of a starship and even the windows looking out are interactive, with a view of the galaxy around you. Now that’s impressive.

This hotel is aiming to open in 2019 with the new Star Wars Land and is definitely going to fill up fast. There isn’t a landing page on Disney World’s website but I have already set up a Google Alert for the minute that launches. If you can’t wait until 2019 to get your Star Wars fix, Disney has announced that they will have an interactive play area on their Disney Cruises lines inspired by the space saga.

So there you have it. Those are my top five toy and nerd themed hotels and hotel rooms around the world.

Which hotel is your favorite? Did we miss one? Let us know in the comments.