Our weekend at Toy Fair New York 2016 was fantastic, from introducing new products to the world, to seeing the great products other companies are working on.

Walking around the show floor, our team noticed the hot and trending products of the weekend that were gaining a lot of buzz.

A theme of the weekend with “Coveted Collectibles,” which particularly highlighted jumbo action figures. As our team describes: “Kids love to use them to make their own storylines and movies using movie making apps on their phones.”

The second trend of the show was far more cuddly.

According to those at Toy Fair, plush was making a big splash, given their popularity with children. Kids love to collect and trade them – and of course snuggle with them all night long!

A big winner was Gund’s various Pusheen plush, such as the Pusheen the Cat with Cookie Plush! Look at how cute he is.

Pusheen hails from an animated webcomic from artists Claire Belton and Andrew Duff, which covers the life of the titular gray tabby cat.

On our own front, Bif Bang Pow! had an incredible weekend showing off a variety of their products, new and old.

A classic that got plenty of attention was their series of collectibles based on The Twilight Zone.

Bringing to life some of Rod Serling’s most classic characters in action figure form is a triumph. Just take The Twilight Zone Eye of the Beholder Nurse 3 3/4-Inch Action Figure In Green Series 2, for example! From one of the most memorable episodes, this figure is certainly a sight to “behold.”

Last but certainly not least, Bif Bang Pow! debuted their brand new Pin Mates™ with the KISS Destroyer Pin Mate™ series! These throwback, handpainted, wooden collectible figures are going to be the hottest new toys on your shelf. 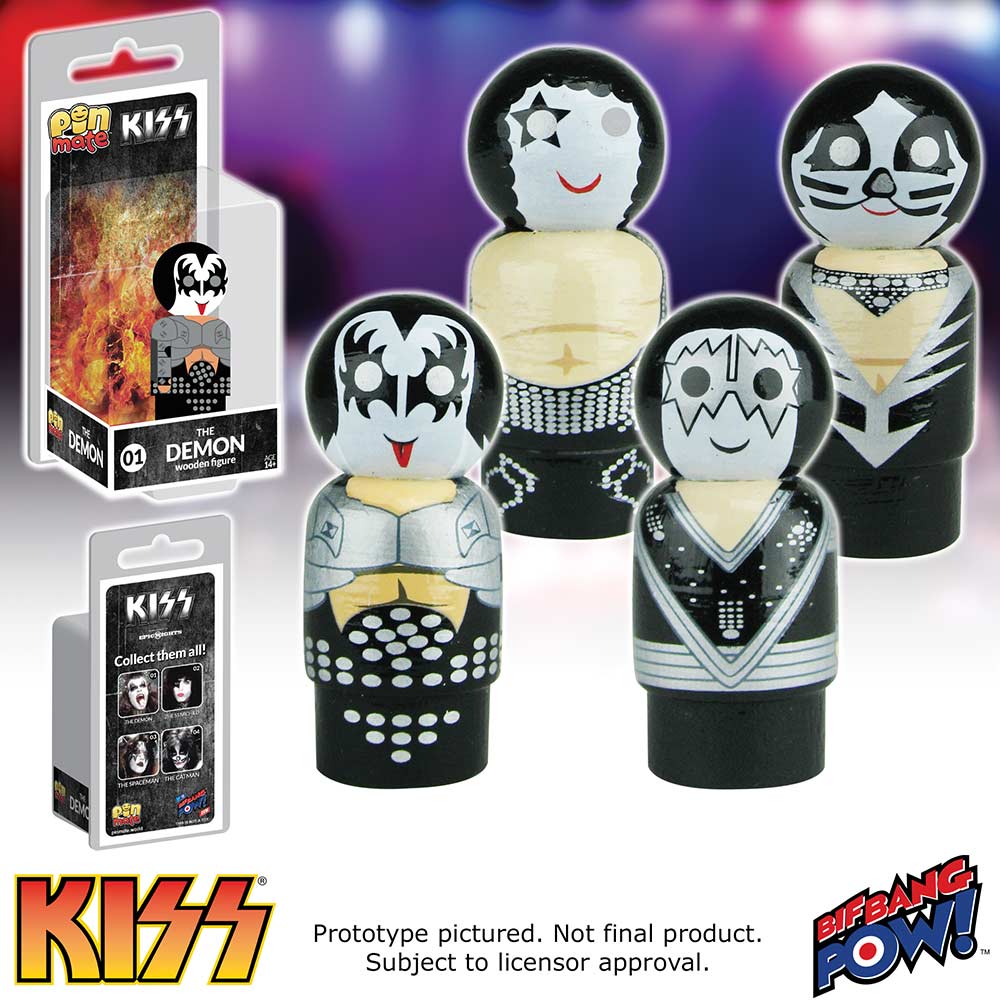 All-in-all, Toy Fair was a smashing success! The toy industry has an exciting year ahead and we’re thrilled to be part of it.

What are your favorite collectibles coming out of Toy Fair 2016? Let us know in the comments below!