It’s a great time to be a Transformers fan.

This week Adam Pawlus talks about not one… not two… but THREE new Transformers toys!

First up, is the Transformers Generations Broadside. If you like the Voyager Class Alpha Trion, then you might recognize that this Broadside toy shares some of the same engineering. Broadside is a solid toy and it comes with tiny jets as an accessory, which is, as Adam puts it, “a heck of a nice extra.”

If you’re collecting the set of Transformers Generations Voyager Class figures, then you don’t want to miss Broadside.

On the movie merchandise front, there’s Grimlock and Optimus Prime from Transformers: The Last Knight.

The Grimlock figure is mostly a repaint of the Age of Extinction figure. The new figure is a black and silver color or “executive edition.” Overall, it’s neat figure and if you like T-Rexes as much as Adam does, you should pick it up. 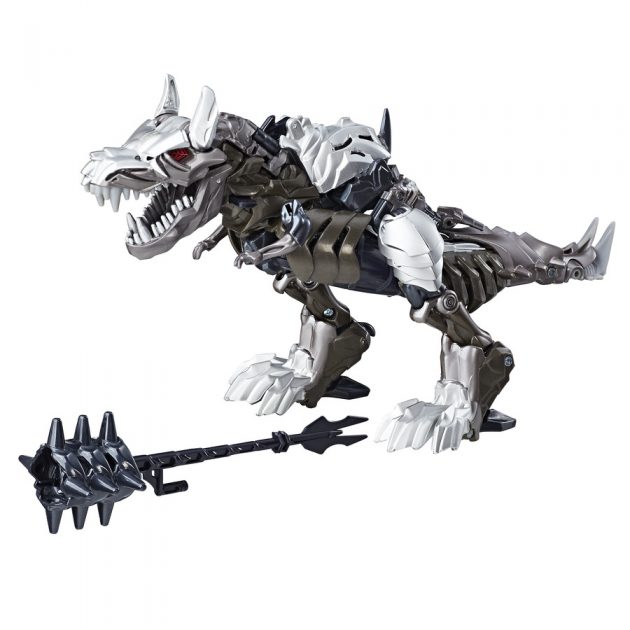 The other toy in the wave 1 case is a brand-new mold of Optimus Prime. The leader of the Autobots is a Voyager Class size toy with lots of articulation. It even has articulated “robot boobs.” It also comes with a sword, which has an orange painted blade.

To find out more about the rest of the upcoming Last Knight line, listen to the full Toy of the Week Podcast: