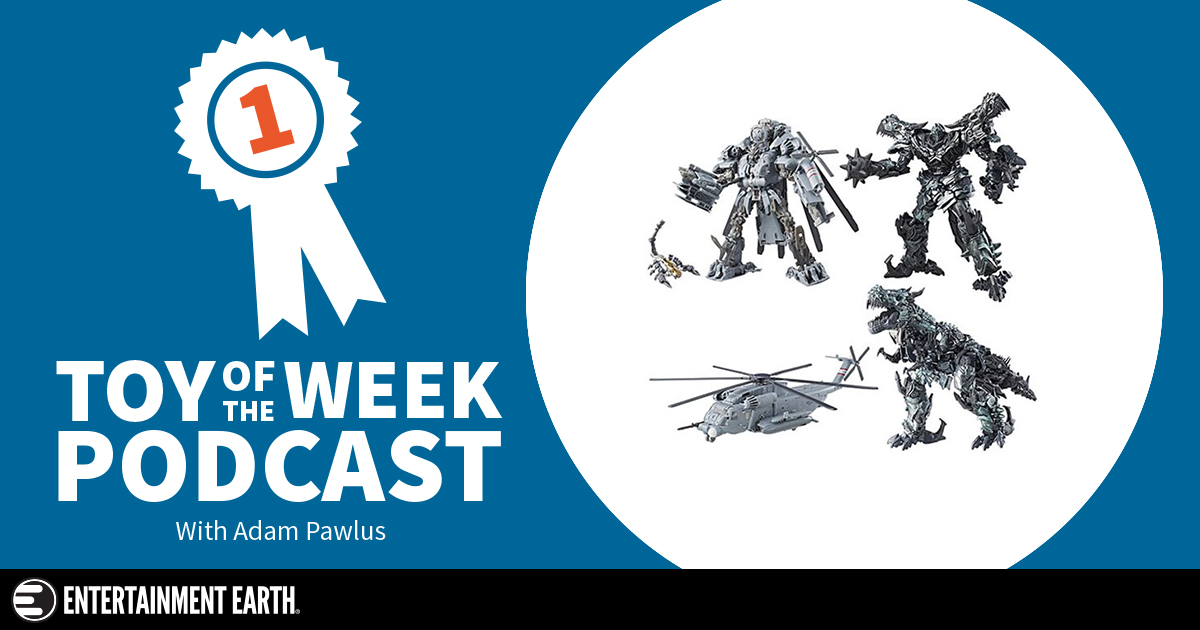 Me, Grimlock, no bozo. Me KING!

This week Adam Pawlus takes a look at the beautiful Transformers Studio Series Wave 1 Leader Set featuring Grimlock and Blackout. Whether you love or loathe the Michael Bay designs, there’s no denying these new Studio Series figures (which were released this week, btw) look amazing. Plus, they’re probably the only TF Movie series to actually scale with each other, which means these Leader-class bots are big – really big.

Grimlock in particular just oozes quality with his impressive heft and stunning brushed green-metallic finish. He’s also one of the largest Leader figures yet, which makes sense considering his alt mode. While the transformation process finds the right mix of being complex but not overly complicated, the end result isn’t quite as satisfying as his menacing robot mode. That said, he looks great on a shelf and is quite possibly the biggest, baddest Grimlock figure yet.

Blackout, on the other hand, sports a stellar helicopter mode that spans approximately 16-inches. Yup, it’s huge. He also comes with a lot of smart-yet-subtle features including moveable fingers, articulated feet, and more. As one of the most anticipated figures in the line, this guy definitely lives up to the hype. And while his transformation isn’t overly complex, you’ll probably want to follow the steps properly. He also comes with his own little Scorponok drone that’s both impressively articulated and can be stored in his alt mode. 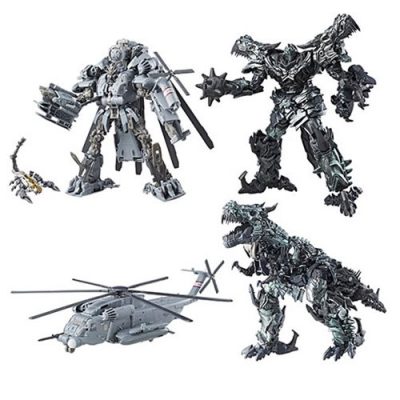