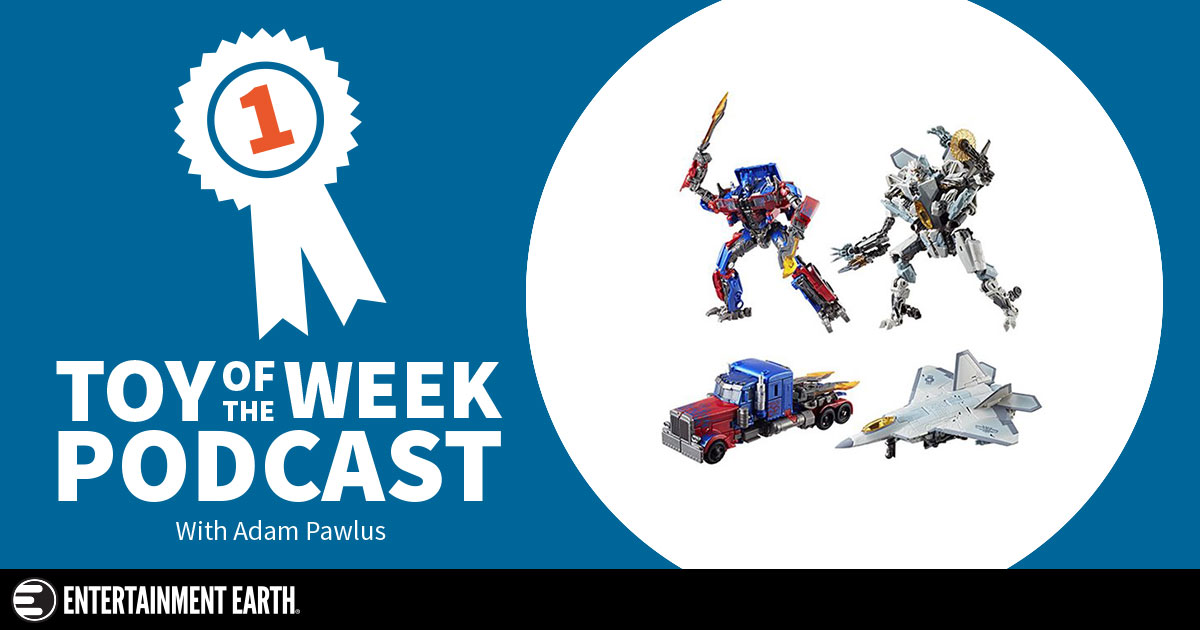 Optimus Prime features a streamlined new look, tons of great paint apps, and comes with his iconic faceplate. Where this figure shines, however, is in the details: Prime features tons of articulation and comes with two swords that can plug into his hands or clip onto his back. He also sports an extremely complex – but not confusing – transformation. For the number of steps needed it’s actually pretty straightforward and is a lot of fun getting him from vehicle to bot and back. You’ll probably notice how he’s a bit smaller than other post-2007 Optimus figures. Again, this is due to Hasbro purposely trying to create these bots to scale with one another, so it might seem like he’s missing a few millimeters but it’s actually the perfect size.

Starscream is another standout figure among the series and features a slimmer overall look that better resembles his Bay-inspired movie design. Lots of tiny details pay off in spades – this figure looks incredible and comes with tons of cool accessories. The engineering here is also pretty amazing, as the bulky Decepticon is able to transform into an extremely clean jet with ease. At roughly 7-inches tall, he’s definitely smaller than other Starscreams, but he’s also Adam’s current favorite model, so there’s something to be said about the power of adhering to an accurate scale.

Both figures are now available individually or as a boxed set. To hear more about Optimus and Starscream, be sure to have a listen to the latest Toy of the Week Podcast below. Thanks for listening!