You may have heard about Toy Story 4, but have you heard about the upcoming Christmas special, Toy Story That Time Forgot, airing tonight on ABC?

The story will see our beloved heroes as they face a team of dangerously delusional action figures. Only Trixie the Triceratops (Kristen Schaal) can get our favorite toys back to Bonnie’s room. Tune in tonight to see the toys back in action!

This quasi-holiday special was originally planned as a 6 minute short but will now air as a special. Most of the original cast will reprise their role, including Tom Hanks as Woody, Tim Allen as Buzz Lightyear, Kristen Schaal as Trixie, Wallace Shawn as Rex, Timothy Dalton as Mr. Pricklepants, Don Rickles as Mr. Potato Head, and Joan Cusack as Jessie, with Kevin McKidd and Emma Hudak joining as new characters, Reptillus Maximus and Angel Kitty.

Toy Story fans can celebrate this epic special with all-new toys. Starting with the Goliathon Action Figure, whose ginormous jaw opens and closes to reveal an empty compartment. The Toy Story That Time Forgot Battleopolis Action Figure 3-Pack includes 3 amazing characters from the toon special, suited up for battle. Rounding out the gang is a new group of fierce dinosaurs – the Battlesaurs! These Battlesaurs action figures let kids decide how the action will unfold.

Catch the special tonight and check out these all-new toys, available at Entertainment Earth. 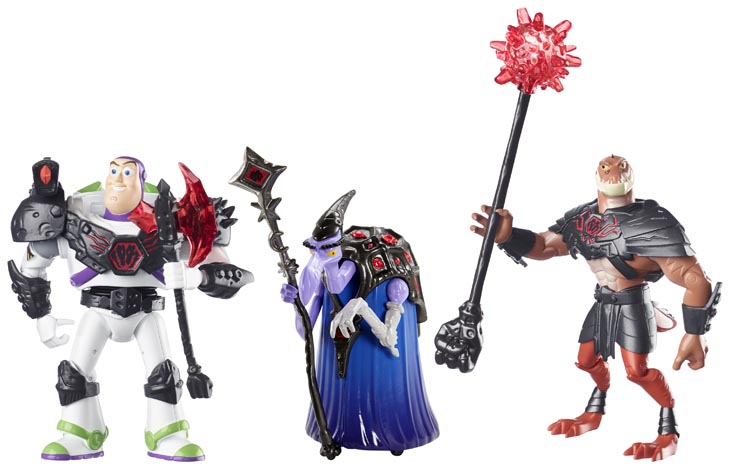 Collectibles
Related ItemsDisneyPixartoy storyToy Story That TIme Forgot
← Previous Story Find Out Where Moon Princess Power Comes From
Next Story → Do You Want to Build a Pop! Collection?