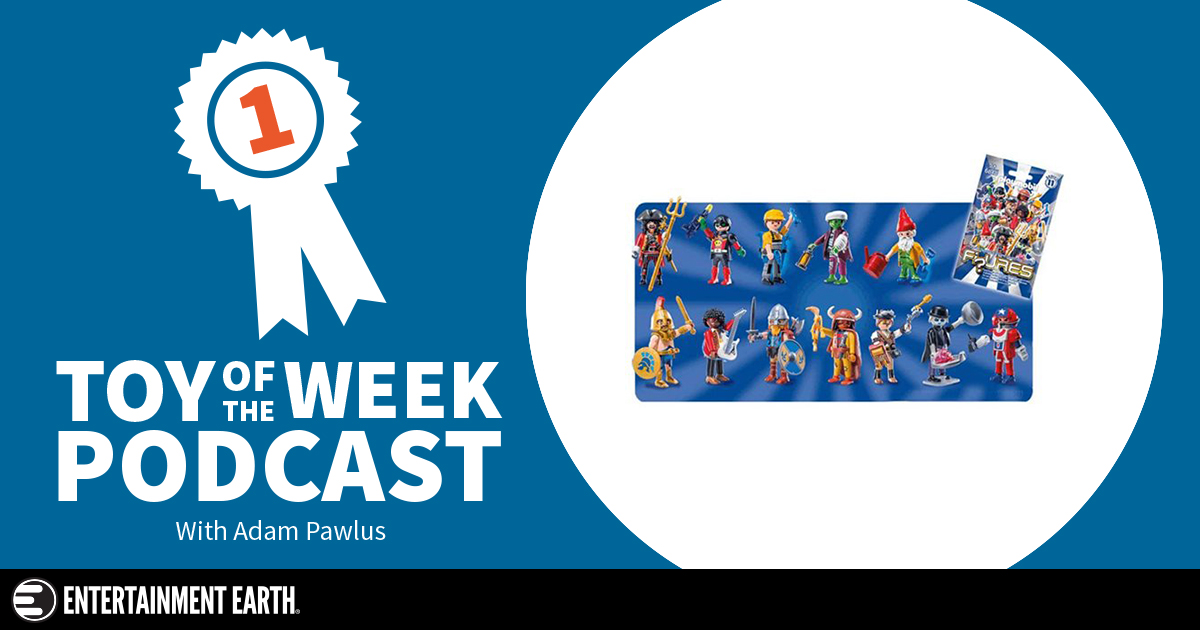 It’s a blind bag bonanza this week as Adam Pawlus takes a look at the awesomely interchangeable Playmobil 9146 Series 11 figures.

With 12 total figures to choose from, including a pouty pirate, stellar steampunk fan, glorious gladiator and more, there are tons of cool characters and accessories to snag. And with such an eclectic mix of figures (there’s even a totally awesome not-Jimi Hendrix character), you’re going to want to collect as many as you can.

Unlike other Playmobil releases, these figures require a little assembly outside the box. Don’t worry, it’s not hard. Simply open the bag, snap in the legs, slide the arms into the torso, pop the head on, and you’re good to go. It’s also worth noting that these blind bag figures are the only Playmobil toys where all the various parts can be interchanged. Where traditional Playmobil figures come with swappable hair and accessories, these guys let you mix and match to make all your Frankensteinian dreams come true.

With a bunch of cool Ghostbusters figures and tons of other great releases scheduled over the upcoming months, 2018 is shaping up to be one awesome year for Playmobil. Hard to believe the company turns 44 this year.

To hear more about this super fun set of Playmobil grab bag figures, and to check out all the awesome accessories with each, be sure to listen to the latest Toy of the Week Podcast below.