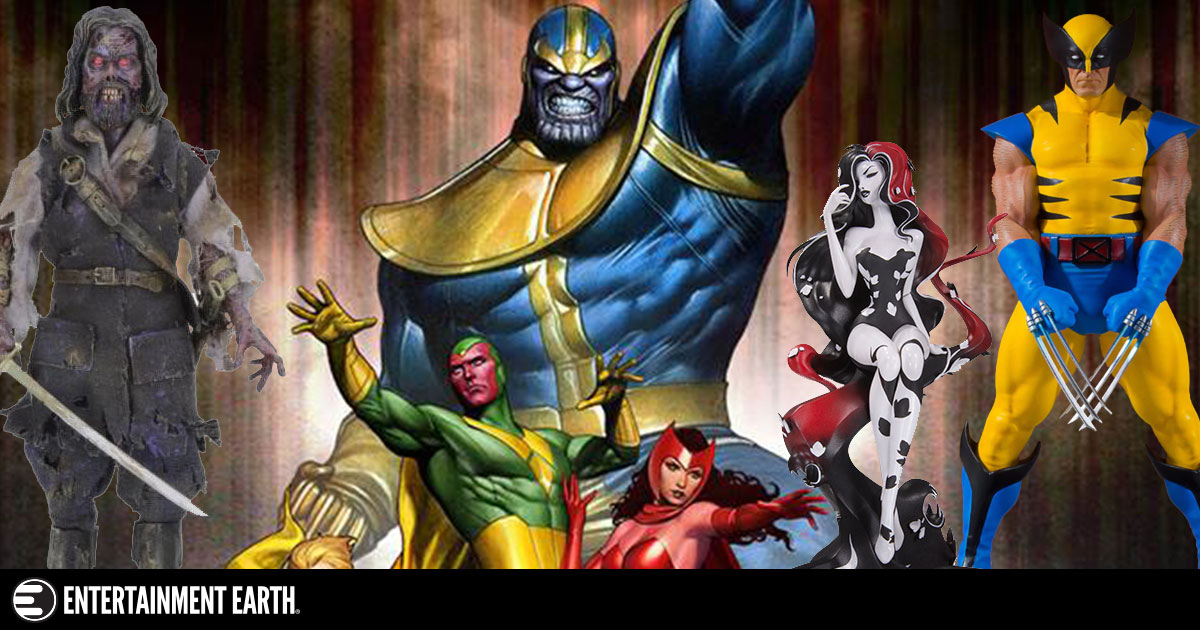 DC Collectibles dropped an announcement this week with their upcoming releases, including new statues and action figures. While they all look stellar, the Sho Murase collection is particularly impressive. The upcoming line includes variants of highly detailed vinyl figures of some of your favorite DC villains, including Catwoman, Poison Ivy, and more. Each release is said to be limited to roughly 3,000 pieces, so you may want to lock in your orders before it’s too late.

This incredibly detailed X-Men statue features your favorite renegade mutant back in his iconic blue and gold colors. Based on issue #23 of the original Old Man Logan vol. 2 comic, (and also seen in the hit animated series), this iteration of Wolverine oozes attitude and comes with real metal claws.

This creepy new Captain Blake action figure captures the macabre madness of the classic horror film and breathes new life into the venerable franchise. With an insane level of detail and a sweet clamshell package featuring entirely new artwork, this pirate’s a treasure. As arguably one of the greatest horror movies of all time, John Carpenter’s The Fog has spawned a number of reboots, offshoots, and copycats. While they say imitation is the greatest form of flattery, you simply can’t beat the original.

Ready for Avengers: Infinity War? Kotobukiya definitely is. Teasing their highly anticipated The Avengers Series 2 Line earlier this week, the ARTFX+ Statues measure roughly 8-inches and include all your favorite Marvel heroes (and even Thanos). Their new concept art shows the team sporting a few updated looks. We’re sure you already ordered the Black Panther Statue to start this new line.

Stay tuned for even more collectibles from Entertainment Earth.