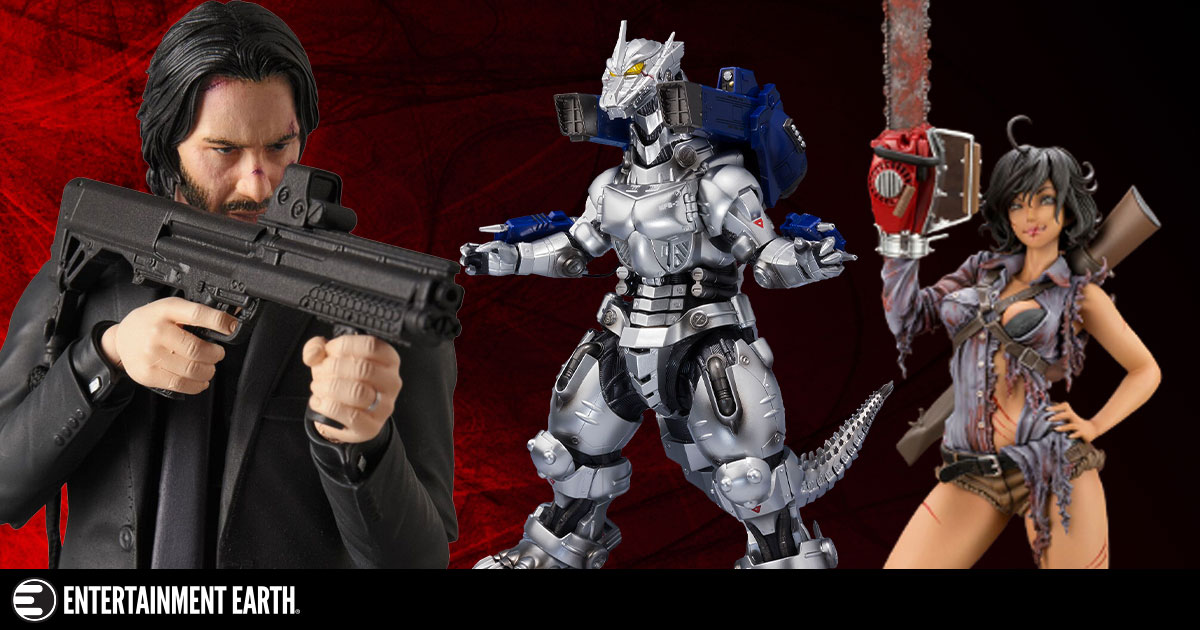 This ain’t your everyday department store Ash. Designed by legendary Japanese illustrator Shunya Yamashita, this female Ash statue is a perfect example of the exquisite Bishoujo style – and one seriously stunning piece of art. At roughly 10-inches tall, this Evil Dead 2: Dead by Dawn Ash Williams Bishoujo Statue rocks the quintessential chainsaw in a way Bruce Campbell never could (don’t worry, Bruce. You’re still the man.) The statue’s base features an eerie hand creeping out from under the cellar door, a great throwback to the original film.

Rule number 1 when dealing with ex-assassins: never, EVER mess with their dog. Straight from Medicom comes this uber-realistic John Wick MAFEX figure. Standing nearly six inches tall, he comes with two interchangeable faces, a removable stand and tons of accessories.

But that’s not all! MAFEX has also dropped some news on the other upcoming figures, including the dashing Kingsman Harry “Galahad” Hart MAFEX Action Figure and the Robocop 2 MAFEX Action Figure. Justice has never looked so good. All three figures are expected to be released next year, so be sure to secure your pre-orders before it’s too late.

Your Wallet vs. Mechagodzilla

Tamashii Nations is back this week with an upcoming look at the awesome S.H. MonsterArts MFS-3 Mechagodzilla Type-3 Kiryu figure. Modeled after 2002’s Godzilla vs. Mechagodzilla, this giant monster is chock-full of pocket-sized fun. At just over six inches tall, it features impeccable paint details and even includes replaceable “battle damaged” parts. It also comes with two optional heads, an effects stand, Maser Blade, and a few other accessories. 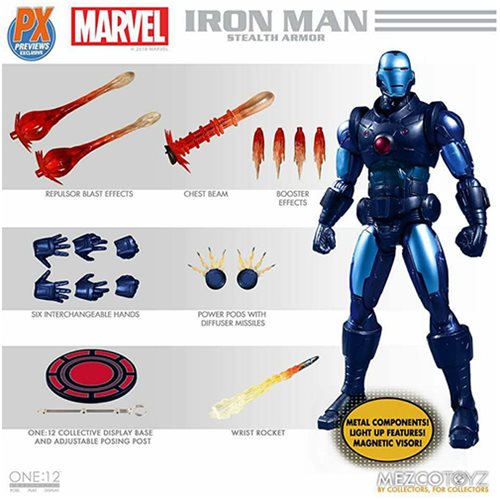 And finally, Mezco teased viewers this week with a look at their amazing new Iron Man Stealth Armor figure. Featuring a sleek new metallic blue armor set and tons of added accessories, this bad boy includes his own light-up features, as well as interchangeable hands, effects pieces, and a stand. Seriously, did we expect anything less of Mezco?

Stay tuned for even more collectibles from Entertainment Earth.