Check out the latest collectibles from Hasbro, Banpresto, ARTFX, and Bif Bang Pow! 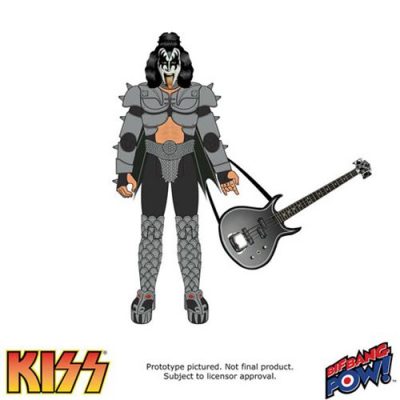 Rock and roll all day and party every night with these awesome KISS collectibles. The upcoming 3 3/4-inch figures are modeled after the band’s famous 1976 Destroyer tour and include The Spaceman, The Demon, The Catman, and The Destroyer. Featuring 11 points of articulation (plus individual features and accessories), these epic rock gods are sure to be a hit.

This former Toy “R” Us exclusive is coming to Entertainment Earth. As one of the most sought-after characters in the Studio Series line, Thundercracker is modeled after his Transformers: Dark of the Moon appearance. As one of the few (if only) TF movie series lines to focus entirely on scale, this guy is sure to look great next to your other seekers.

An awesome throwback to the classic Dragon Ball Z series, this mini Gogeta statue measures 5-inches tall and is made of PVC plastic. With an impressive attention to detail (notice that little halo above his head), this statue looks every bit as good as his on-screen character model. As the hybrid version of Goku and Vegeta, Gogeta is a force to be reckoned with.

We mentioned the previews last week, but now we’ve got the first real look at the upcoming Avengers ARTFX statues, and they look stunning. The upcoming 1:10-scale includes all your favorite heroes (and villains) from the Infinity War. Standing roughly 11-inches tall, each character features spot-on detail and iconic poses. You’ll notice Thanos here clutching his fully powered Infinity Gauntlet.