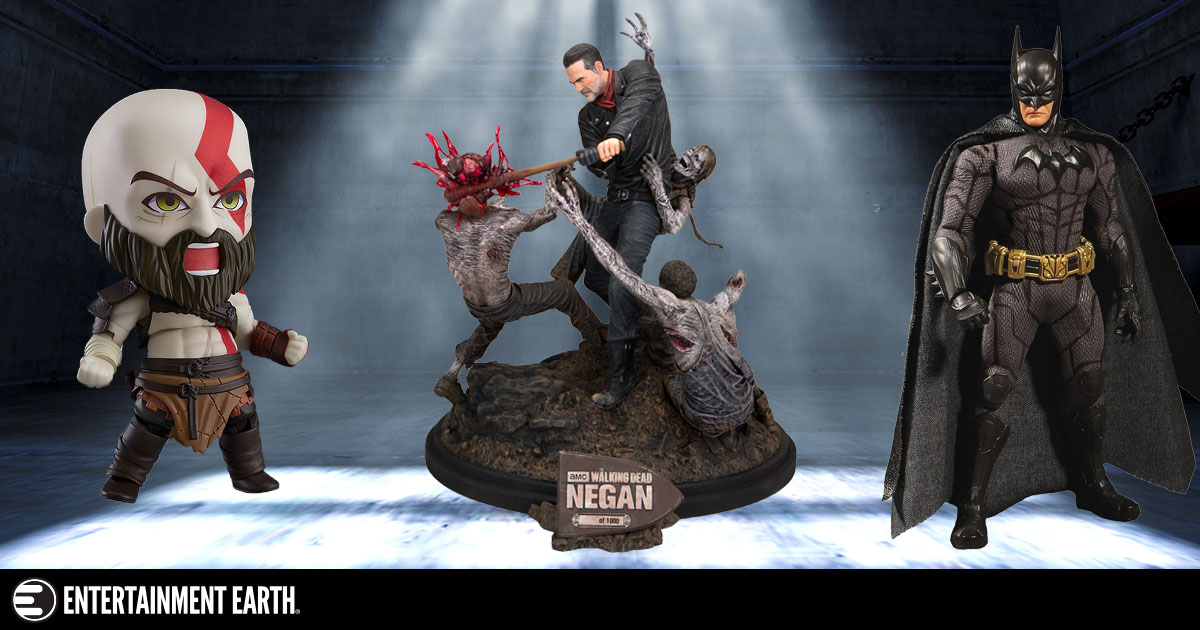 Check out the latest collectibles from Mezco, McFarlane Toys, and Good Smile Company! 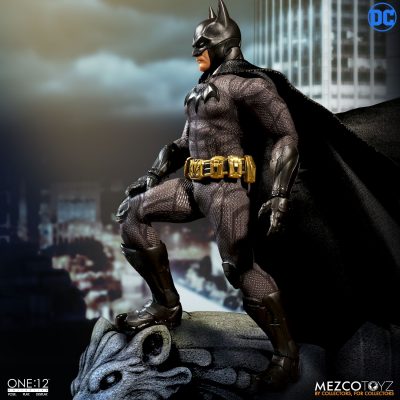 Whether you love him or love to hate him, there’s no denying how awesome this Walking Dead Negan statue looks. The hand-painted piece features Negan as he bashes a walker’s brains with his iconic bat, Lucille. Negan is modeled perfectly after on-screen actor Jeffrey Dean Morgan and is surrounded by two other marvelously macabre walkers. The set also comes with an interchangeable head and a rotating base. Limited to only 1000 pieces, you’ll want to snag this piece before it’s too late.

He may look cute, but you don’t want to make him angry. This Nendoroid Kratos Figure captures the God of War’s likeness and packs it into a compact 4-inch figure. Featuring fully articulated limbs, a removable axe, and his trusty shield, Kratos is packing some serious heat. This figure also includes two separate faces: one sports battle expression and another showcases a more neutral look.