Have You Seen the Most Expensive Transformers Toy Ever? 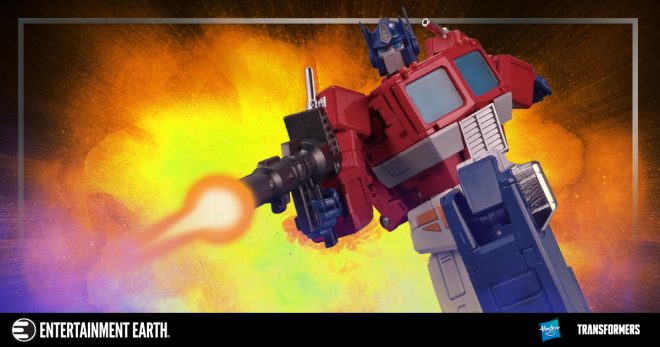 After a wait that seemed like an eternity,  we finally have full-color images of the upcoming Takara-Tomy Transformers Masterpiece Edition MP-44 Optimus Prime (Convoy), and he’s nothing short of glorious! When news first dropped about a new OP, fans were (rightly) divided. After all, the last Masterpiece Prime (MP-10) was itself a reboot of the original MP-01, and fans were worried about how the third incarnation would look. Fortunately, the latest images are putting all those doubts to rest, as the newest Prime appears to include more parts, more accessories, and more details than ever before.

Modeled after his appearances in Sunbow’s original The Transformers cartoon from the 1980s, we’re thrilled to see all the cool accessories in his arsenal. His trademark ion blaster is here, and so is his little buddy Roller – appearing in grey, and who knows if we’ll see a blue variation like the original toy someday?  We’re also thrilled to have a couple of phenomenal accessories from the original “More Than Meets the Eye” pilot miniseries – Sideswipe’s jetpack and Optimus’ famous orange energon-axe!

The hyper-realistic cartoon design that Takara-Tomy’s been perfecting is apparent at first glance. Unlike his predecessors, MP-44 looks exactly like he did in the cartoon. Featuring what appears to be a faux chest, a faux grill, attachable Starscream parts, Spike, Sparkplug, and impeccable paint details, this could quite possibly be the single greatest Masterpiece Transformer ever made. It’s quite fitting, really, considering ol’ Optimus is the single greatest Autobot ever created.

Fortunately, you don’t have to go through some extra-expensive third-party distributor to snag your copy. Entertainment Earth teamed up with Hasbro to bring this guy to the masses. Make sure to order yours today before he’s gone!