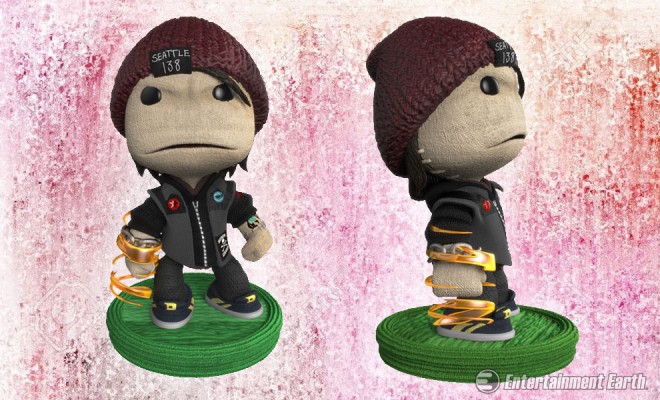 Masterfully sculpted and painted by the artisans at TriForce, this piece is truly one of a kind. It’s hand-finished, painted, and cast in polystone to showcase its fine detail and quality.

Sackboy is shown wearing Rowe’s burgundy beanie and other clothing. There’s an orange light circling his right hand which is Rowe’s ability to absorb other people’s powers in his own game.

The statue measures 12-inches tall x 8-inches in diameter, and weighs in at 8 pounds. It’s an authentic piece of video game history and limited to 500 pieces worldwide!