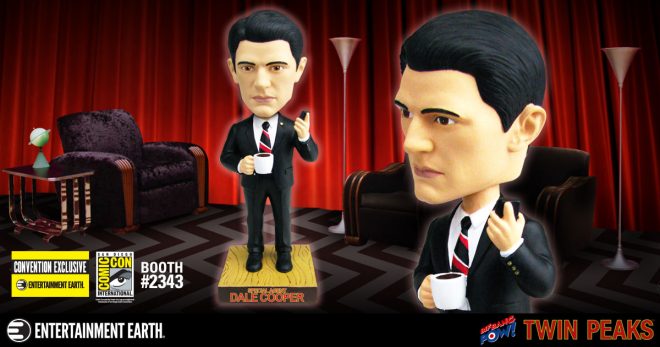 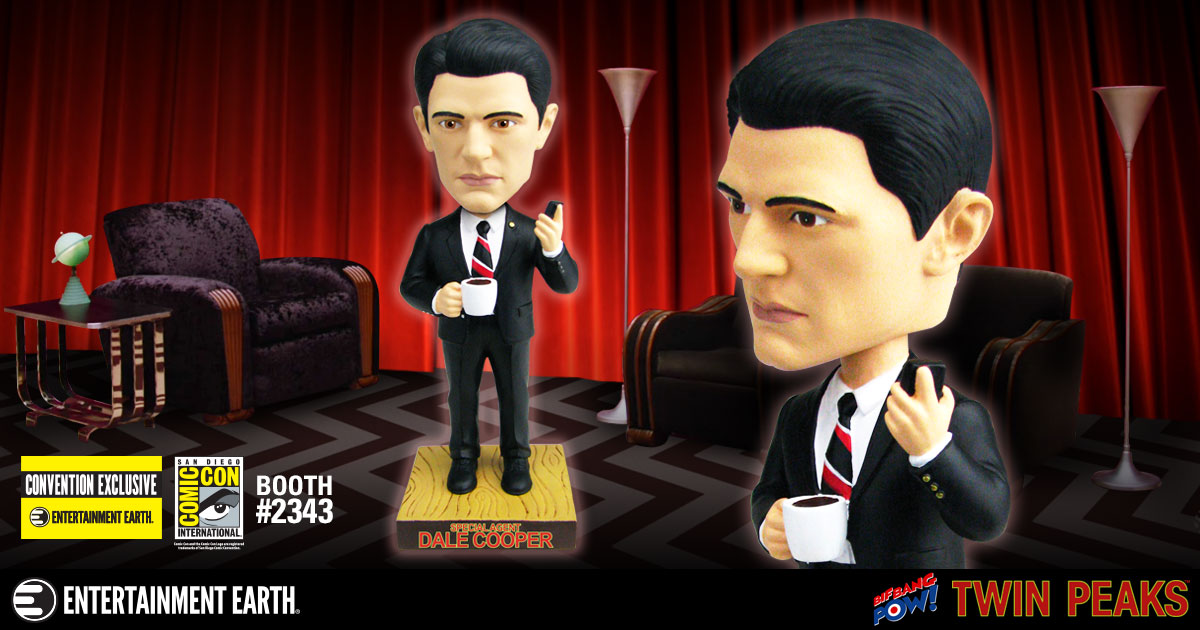 Every day, once a day, give yourself a present: today make it TWIN PEAKS Agent Cooper Bobble Head – Convention Exclusive! FBI Special Agent Dale Bartholomew Cooper is featured with his signature microcassette recorder and coffee mug. He stands atop a display stand that reads “Special Agent Dale Cooper” on the front with the TWIN PEAKS logo on the back. His questions come across with a deadpan delivery, but the bobble of his head lets you know that he’s not too serious.

Standing 7-inches tall, this bobble head is made of resin and decorated in vivid color. The best part about the exclusive collectible is that there are only 1,500 pieces – each individually numbered on a holographic sticker! If you’re a fan, you’re going to have to hurry to the Entertainment Earth Booth at San Diego Comic-Con to get a hold of one before they disappear mysteriously into the void!