Everyone has a BATMAN™ lover in their lives. If you don’t, I highly suggest you find some friends with better taste, STAT! While there has been iteration after iteration of the CAPED CRUSADER™, he maintains a persona of fighting evil in the darkness with their own tools, while still managing not to become evil himself.

Grappling from rooftop to rooftop in GOTHAM CITY™, he and the BATMAN™ Family have protected its streets from countless villains. From CALENDAR MAN™ to THE JOKER™, no villain is safe so long as that symbol still flies in the air, and someone remains under that cowl.

For the collector out there, be sure to check out this 2-inch mini wooden figure from Bif Bang Pow!. Individually numbered (on the packaging and the bottom of the figure) within the series, each Pin Mate™ wooden figure has 360-degree artwork that includes hand-painted details alongside limited decal graphics.

No one likes it when work suddenly becomes mundane, and everyone who works in an office setting runs the risk of it now and again. Combat the normal, boring atmosphere with this Chair Cape™! Like the rest of the Chair Cape™ line, each cape adjusts to fit most size chairs by using an adjustable hook-and-loop belt and strap design to wrap securely around the back of your chair. 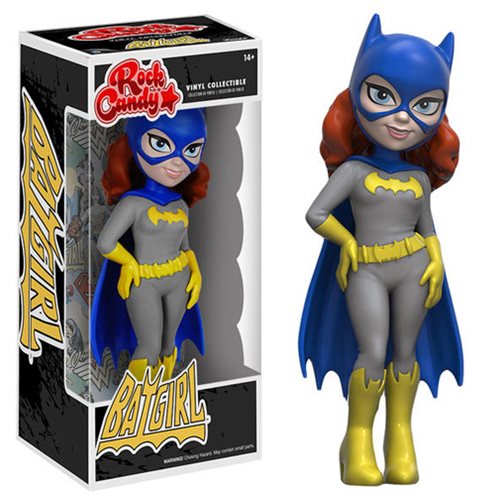 For those who can’t get enough of the infamous Barbara Gordon, Funko has a Rock Candy Vinyl figure in her likeness, rocking the classic BATGIRL™ look.

If you like your BATMAN™ to be more of the BATMAN™ v SUPERMAN™ variety, you can take home this convention exclusive of Bats. After THE JOKER™’s improved his look a bit, of course!

Keep your little fan safe when they fear the things that go bump in the night with this adorable BATMAN™ teddy bear. After all, we all need a symbol to help us be brave now and again. 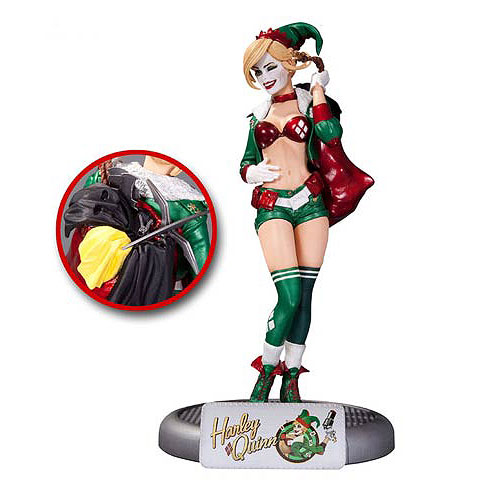 We’ve all got a little mischief in our hearts. This special DC Bombshells Holiday Edition HARLEY QUINN™ will fit in perfectly with your collection, whether it be part your Christmas decorations, or your mantle of figures!

Keep track of your fitness routine while you train to become the next CAPED CRUSADER™ with this BATMAN™ Fitness Tracker and watch!

If you like to keep things in your life a little bizarre, check out this limited edition Black and White BATMAN™ by Tony Millionaire. Molded to be an exact replica of the BATMAN™ seen in Bizarro #1.

If you need to keep those goodies from Saint Nick safe from the likes of THE JOKER™, you’ve got to protect them with this BATMAN™ Christmas Stocking. That candy cane is not for you, clown!