These Unproduced Alien Action Figures Will Blow Your Mind! 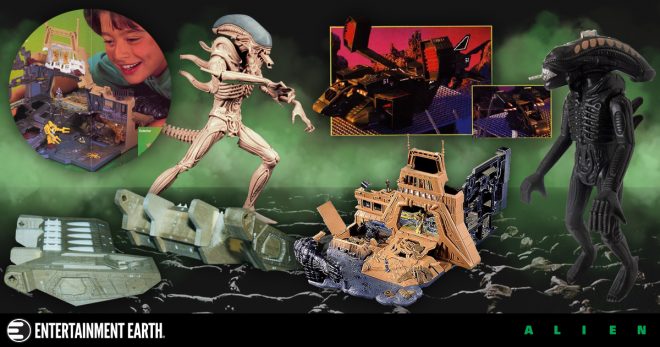 We’re taking a look at some of the unproduced Alien items that never hit the shelves.

Let’s start in chronological order, shall we? With the success of the first Alien film, Kenner was looking to cash in on that sweet action figure money. Unfortunately, there was a mass protest over the fact that toys for children were going to be produced based off of an R-rated sci-fi/horror flick. I guess the protesters didn’t realize adult fans would also be interested in these Alien items?

It’s truly upsetting, because we could have gotten some great 3 ¾-inch figures. Kenner had plans to move forward with prototypes of Ripley, Ash, Dallas, Kane in Spacesuit, and an Alien Warrior.

By far, one of the fan favorite aspects of the Aliens film is the aircrafts. I’m sure many of you will be crushed to learn that Kenner had plans to produce a replica of the famous Dropship. Unfortunately, due to poor pre-order sales, the item was dropped. They also had plans to make a Mini-Dropship! Oh, the fun that could have been had.

Also straight off of Aliens fever, Galoob (currently owned by Hasbro), was looking into producing a Micro Machines Outer World Playstation. This would have been a miniature version of LV-426. Based off of the pictures alone this looks like it would have been amazing! It would have included micro figures of Bishop, Gorman, Ripley (in power loader), and assorted Aliens.

For Alien 3, Halcyon had plans to sell a model kit of an EEV (Emergency Escape Vehicle). In what appears to be a common theme, low interest in this product is what prevented it from moving forward into production. You can see some photos of the original wooden master pattern that was going to be used. 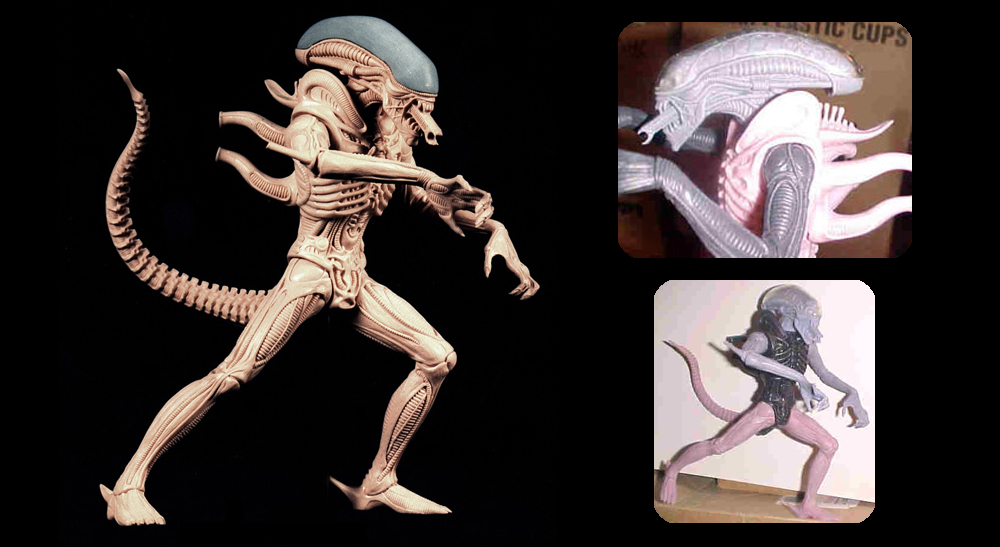 The 20th Anniversary of Alien nearly brought about an 8 1/2-inch Alien Warrior from Hasbro. I’m not sure what ultimately killed this figure off, but I wish we could have gotten it. The prototype looks fantastic! It’s cast in 3 different colored plastics and is fully articulated at the neck, shoulders, and hips.

So, there you have it! Just a few of the Alien collectibles that could have been ours if fate hadn’t intervened.

Which ones are your favorites? Did we miss one? Let us know in the comments.