Defend Hogwarts and show the Death Eaters what you and your friends are made of with the Harry Potter Hogwarts Battle Co-Op Game!

May 2, 1998 will forever be remembered by Harry Potter fans as the Battle of Hogwarts. A place so many of us call home in our hearts, when the students sprang into action to secure the school, we wished we could be there, too. Now you can!

Experience the fight through the eyes of Harry, Ron, Hermione, or Neville in this cooperative deck-building game. Just like the events of the actual battle, players add cards to their deck for things like spells, magical items, and even other characters to aid them in their campaign!

While Neville and the Golden Trio may be skilled, you’ll need more than just talent – you’ll need a little bit of luck to defeat the school’s attackers too. Cards that attack or allow characters to regain health are imperative to fighting off villainous attacks and Dark Arts cards.

Much like the institution itself, the game recommends that players be at least 11 years old to play, but don’t worry, you can participate in this one even if your Hogwarts letter got lost in the mail! Pre-order now at Entertainment Earth! 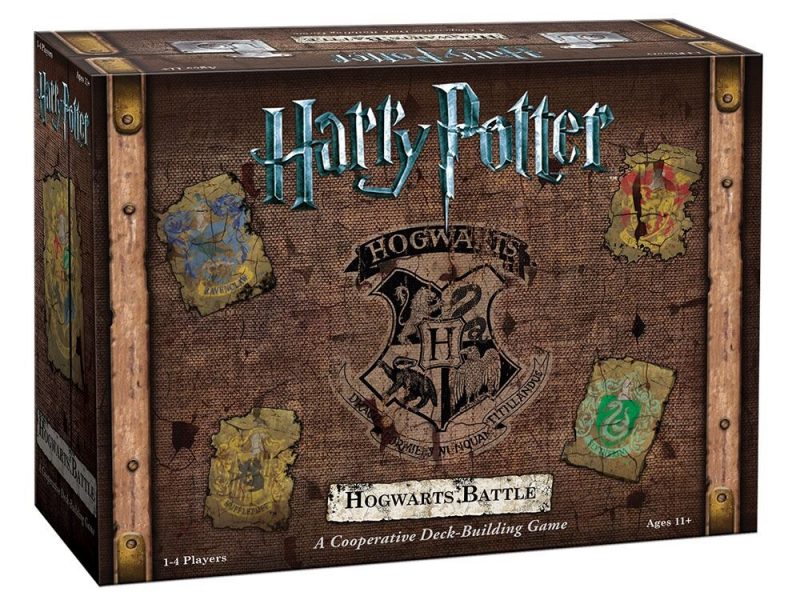