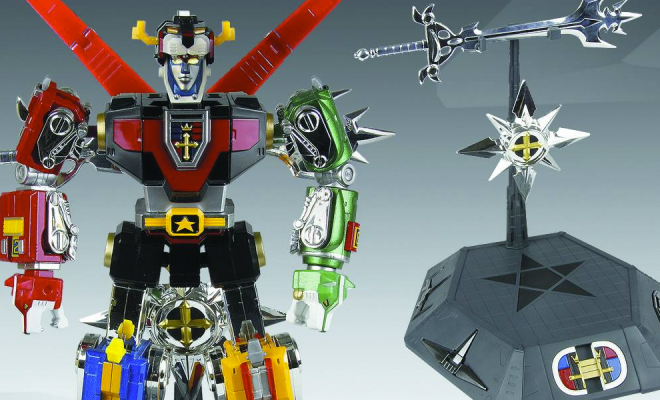 This die-cast metal action figure set includes the Blue, Red, Black, Green, and Yellow Lions. Combine all 5 lions to form Voltron, Defender of the Universe! The united lions form an 11-inch tall action figure with light-up eyes (powered by replaceable batteries) and a very special signature badge. When Voltron is properly transformed, the badge becomes a key that can be used to activate the light and sound features on the display base, including the legendary lion’s roar!

The Voltron 30th Anniversary Die-Cast Light-Up Action Figure with Sound Collector’s Set comes with the lion’s mouth blade weapon accessory. The main bodies of each lion are made from die-cast metal, and the rest of the figure is plastic.

This phenomenal action figure is currently available with free shipping at Entertainment Earth.