Spoiler! The Apes Prepare for War with These Funko Pop! Figures!

We’ve always known the end of the story: how those “d**n, dirty apes” enslaved humanity in the far-flung future.

Then we saw the beginning of the shift: how science and genetic tinkering led to humanity’s downfall, as the apes rose and began their fight for supremacy.

Now, we finally see the war itself.

In keeping with their commitment to commemorate popular characters of film, TV, comics, and video games, Funko has unveiled their War for the Planet of the Apes Pop! Figures. 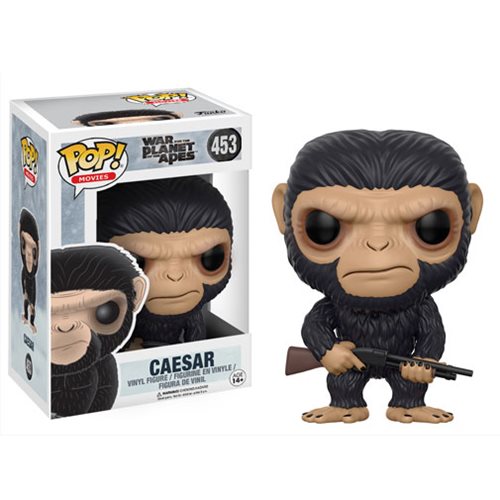 Choose between chimpanzee Caesar, the ape that started it all and stands with a glower and rifle at the ready, or the orangutan Maurice. Each vinyl figure stands the usual 3 3/4-inches tall and comes packaged in a movie-themed window display box.

The ultimate clash between man and ape is nigh, and these Pop! figures will be swinging onto our shelves next month, so order today!