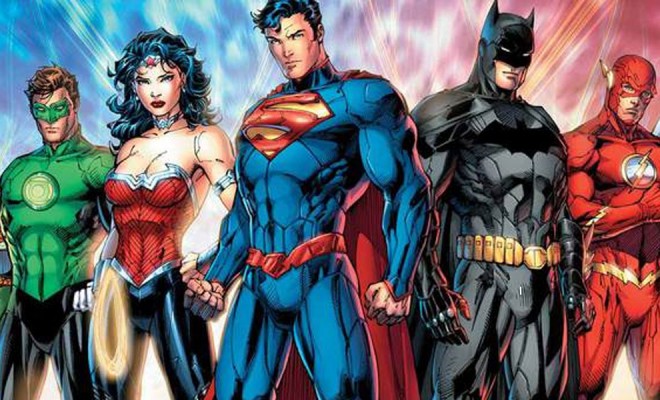 Following on the heels of a Warner Bros shareholder meeting, a plethora of announcements have been made by the company. CEO Kevin Tsujihara officially announced Warner Bros’ upcoming slate of films, which include the Harry Potter, LEGO, and DC Comics franchises.

Wonder Woman and Justice League films were mostly expected by DC fans, but what is the real shocker are the Cyborg and Green Lantern (reboot?) films. Two major pieces of casting were confirmed: Ezra Miller as The Flash, and Jason Momoa as Aquaman. It should also be noted that this is not their full schedule of DC Comics movies, as the press release reads that these are “at least 10 movies” and that the full line-up will also include “stand=alone Batman and Superman films” are not yet on the initial schedule.

The new schedule of DC Comics movies should be as follows:

“The demand for high quality video content is growing fast – in the United States and around the world – as new technologies have created new platforms and millions of new connected consumers,” said Chairman and CEO Kevin Tsujihara. “The opportunity is huge. And no studio is better positioned to take advantage of it than Warner Bros.”

Indeed, we are beyond excited! Which movie are you most looking forward to? Wonder Woman? The Flash? Cyborg? Let us know in the comments below!