The undisputed queen of this summer’s box office is now a gorgeous, limited edition doll from the amazing artisans at Tonner Doll Company.

Standing 16-inches tall and boasting 15 points of articulation, this Wonder Woman figure is intricate and accurate in every detail, from the lovely likeness of Gal Gadot’s face (framed by fine saran hair) to the molded red and gold breastplate, the leather battle skirt and harness, the famed golden lasso coiled at her hip, and the metal gauntlets and 6-inch sword with ornamented blade.

The Wonder Woman Tonner Doll has interchangeable hands and a 4 1/2-inch diameter shield. The accompanying display stand ensures she will stand guard impressively on your display shelf or desk, declaring your devotion to the fiercest champion of justice and love in the superheroic pantheon.

Wonder Woman is in “the world of man” to stay – but this deluxe doll, strictly limited to 100 pieces, won’t be, so order yours today!

After a successful career as a fashion designer – he was a head designer for Bill Blass – Robert Tonner turned his artistic and business talents to dolls. Since 1991, Tonner Doll Company has been producing finely designed, exceptionally detailed dolls that consistently win high praise from connoisseurs and collectors.

Designers like Ralph Lauren, Oscar de la Renta, and Donna Karan have dressed Tonner’s dolls. And not every doll maker has been exhibited at the Louvre, as he has!

You might remember Tonner’s exquisite dolls of his original characters Ellowyne Wilde and Ellowyne Ghastly, among others. Maybe you’ve seen his exacting replicas of iconic characters from such cinematic classics as Gone with the Wind and The Wizard of Oz, or from more recent favorites like the Harry Potter and Twilight franchises.

Entertainment Earth talked with Tonner about how he created his latest doll from the silver screen, Wonder Woman.

Robert, from idea to final product, how long did it take you to create this doll?

Ordinarily, we take about 12 to 14 months to develop a new figure. But Wonder Woman is no ordinary product! We spent about two full years developing this one, from the first idea to the time it is shipped.

Tell us how that first idea came to be.

I’ve been a fan of DC and of Wonder Woman for a long time. We’re talking decades! And my company’s been a Warner Bros. licensee for just as long, and we’ve developed many versions of Wonder Woman over the years. But the minute I heard about the Wonder Woman movie, I knew we had to do a doll! As a fan, I just had a feeling this movie was going to work, and I wanted to do the most realistic, highly detailed figure a doll company has ever made for it.

Does this doll continue one of your company’s lines?

Yes and no. We’ve done many, many DC characters over the years, but I wanted us to up our game with this one – and, really, with other DC characters moving forward.

So, what makes your Wonder Woman doll unique?

We know we’re up against some incredible versions of the character already out there. But ours is unique because she truly has everything a highly collectible figure would have while being made to be played with. For instance, she has interchangeable clothing – that’s usually not something action figures have.

What kind of research did you do before getting started? 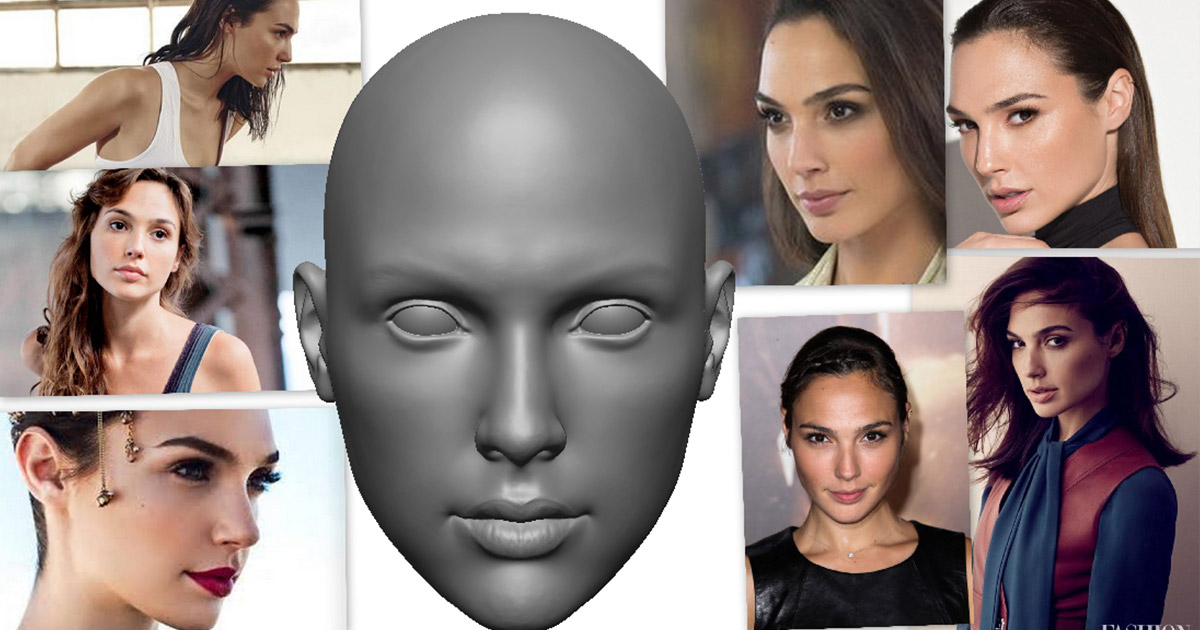 We pored over reference materials from Warner Bros., and I studied any picture of Gal Gadot I could find, to make sure this doll was as detailed as possible.

They were very involved, every step of the way. I very much enjoy working with creative over there. They have a great staff. We’ve been one of their licensees for over 15 years, and I think we have a great working relationship. We have the same goal: to turn out an incredible product, the best product possible.

Can you describe the process of creating this doll? What did the initial sketches or renderings of this doll look like?

Well, for what we do, it doesn’t really make sense to submit a drawing of a movie character. We’re trying to duplicate that character’s look as closely as possible. And as for poses, our character figures are jointed, so any pose we submitted would change. I just let WB know we wanted to do this figure, and no rendering was necessary. Now, having said all that, I do believe we’re going to button up the process and submit sketches in the future.

How did you decide what details you would put into the figure?

I’d like to include all the details in or on a character, but sometimes we might leave out something that would create excess bulk or something the audience doesn’t see. When working with costumes, for example, sometimes to get the correct feel of a garment you must simplify it. But in Wonder Woman’s case, I really can’t think of anything we left off.

Can you share some digital sculptures or 3D renderings of the doll with us?

Yes, absolutely. We use digital design almost exclusively at Tonner Doll, and Wonder Woman made a perfect challenge for that art. The entire body was done digitally. That’s unusual for a doll company because clothing is usually made from fabric. But we designed her armor digitally, and her shield and sword. We even digitally sculpted her boots!

The first physical prototypes were pretty far along, so I had a very clear picture of where we were going to be when finished. Because sculpting is approved before we go into mold making, the first samples are close to the end result. We don’t have to do a lot of retooling. And we usually only end up changing paint or minor details in production. What’s frustrating is that the individual parts come in in stages. For instance, we had the sword months before we had anything to do with the doll!

Did Wonder Woman present other unique challenges during the production stage?

We’d never done molded armor before, and we did have to adjust for size. Also, the gauntlets are real metal, so they took a few tries to make correctly.

Why will collectors be excited about seeing the finished figure?

I don’t believe there’s ever been a doll that has so accurately represented a movie character. It’s easy to see the amount of thought and extreme detail we’ve put into the piece, but, as I said, it’s still a doll you can hold and play with. Wonder Woman is such an awesome character, and I’m confident collectors will see we’ve done her justice.

So, what’s next for Tonner Dolls and Wonder Woman?

I hope collectors will see our Wonder Woman doll as I do and want to start a collection! Shortly, we’ll be introducing her in her training outfit. Then I’d like to continue with Wonder Woman’s world: Antiope, Hippolyta, maybe Steve Trevor. And, of course, Justice League is coming out soon. That means new clothing and accessories for Diana!

Collectibles Fun Collectibles
Related ItemsDollTonnerWonder Woman
← Previous Story He May Be Known as The “Greatest Swordsman in the World” but What about Greatest One Piece Statue?
Next Story → Is This the Biggest Transformers Decepticon Toy Ever?