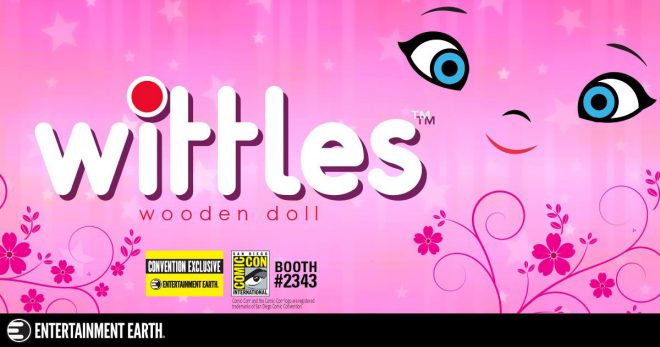 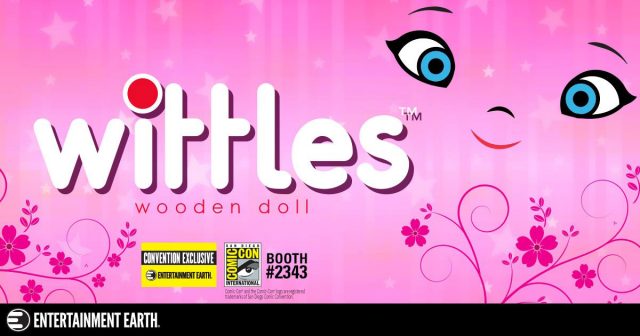 Farmers in Japan’s Tohoku region started lathing simple round-headed, cylindrical wooden figures during the Ōgosho Period (1804-1829). They hoped these carvings would protect their homes and families, and maybe even bring abundant crops. Or they may have simply been whittling to pass the time during the winter.

Eventually, their children started playing with the dolls. It’s not hard to see why. The red and yellow paints used to decorate them caught kids’ eyes, and the well-balanced, small, smooth figures were a perfect fit for young hands.

For over 75 years, DC’s WONDER WOMAN™ has been a powerful champion of justice and love.  The Wonder Woman Metallic Wittles Wooden Doll – Convention Exclusive presents the AMAZON WARRIOR PRINCESS™ in her iconic star-spangled costume, complete with tiara and magic bullet-deflecting bracelets.

WONDER WOMAN™ stands about 4-inches tall and boasts vibrant, detailed, 360-degree artwork, meaning she looks super from any point of view. It comes with a holographic sticker authenticating its limited-edition status.

The first opportunity for fans to grab the Wonder Woman Metallic Wittles Wooden Doll – Convention Exclusive will be at San Diego Comic-Con on July 19, 2018, at the Entertainment Earth booth #2343.