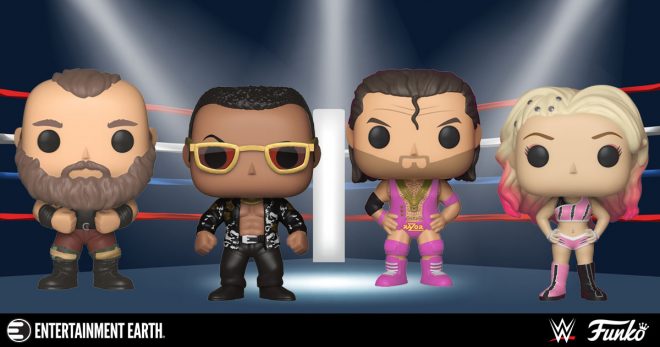 In the 1990s pro wrestling was cool. You could proudly walk through your school wearing an nWo shirt or a DX shirt or call your friends “jabronis” and lay the smack down verbally on them as well. Fast forward to today, and wrestling has NEVER been as popular or cool. With so much content available at your fingertips on the internet via YouTube or various subscriber networks, there’s something for everyone. For as popular as wrestling is, Funko Pop!s might be even more popular and cool. Now Funko is adding to their already impressive line of WWE Pop!s with four new Pop figures. It’s a mixture of old school and new with The Rock, Razor Ramon, Alexa Bliss, and Braun Strowman!

Braun Strowman is known as the Monster Among Men. He’s a juggernaut, a true big man in the business, and usually, lays waste to anyone who gets in his way and he’ll also be in action this Sunday at TLC facing off with the newly reunited Shield faction in a TLC match. And to help cheer on this beast of a man, you can get a Pop of Braun now.

Finally…The Rock has come back to Funko! When the WWE was winning the Monday Night Wars against the WCW for ratings supremacy, it was The Rock that played a key and pivotal role. He was a master of the microphone and knew exactly what to say every time he had a chance to speak. Whether he was a good guy or bad guy he was one of the top guys and his Pop exudes all of that electricity. There’s even a Chase version of The Rock with another of his signature button-down shirts.

In the ’90s a group of guys came into WCW and changed the business forever. Former WWF stars Kevin Nash and Scott Hall had signed with WCW and formed the fan favorite stable called nWo. But before he was Scott Hall of the nWo and The Outsiders, he made his name in the WWF as Razor Ramon. He was simply known as “the Bad Guy” and he had some of the best matches in history including a Ladder match with “The Heartbreak Kid” Shawn Michaels. His Pop figure captures the Bad Guy in all his glory but you can also get his Chase Figure which features him in his nWo gear! 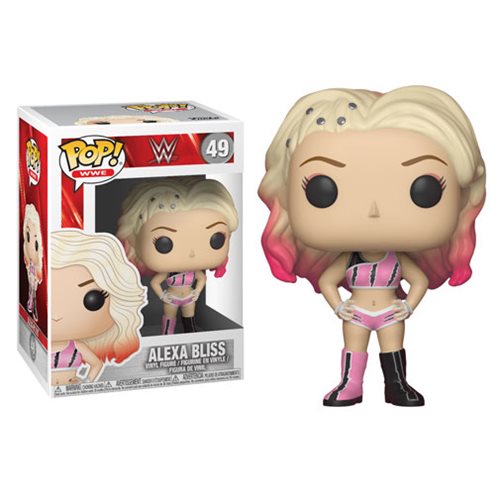 Hey yo, do not wait on these Pop!s. You’re going to need them all in your collection so know your role, shut your mouth, open your wallet, and buy them now!

Collectibles Pop Vinyl
Related ItemsFunkoPop!The RockVinyl FigureWWE
← Previous Story Will You Suit up with Poe Dameron and BB-8?
Next Story → Which of These 8-Bit Horror Villains Will You Add to Your Funko Collection?