5 Phenomenal Collectibles to Celebrate the Legacy of the Undertaker

At WrestleMania 33 fans bore witness to what we can only speculate as the last match for The Undertaker. A man, no an icon who has had a lasting impact on the wrestling business since making his debut as the Deadman in 1990. I can recall the first time I watched an Undertaker match and being simply mesmerized by this mysterious and dark character. In an era where he was surrounded by garbage men and literal clowns in the wrestling ring, he took what could’ve been a joke of a character and made a legacy out of the Undertaker.

With his retirement, he leaves behind generations of loyal fans no longer able to find him every WrestleMania season on their TV screens. But now is not the time for mourning. Celebrate Taker’s career by acquiring some amazing collectibles for your home! 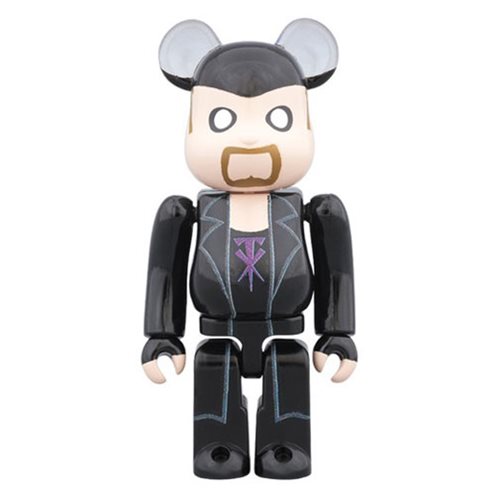 This figure stands 11 inches tall and joins the popular Bearbrick line of figures. He’s in his black biker gear with a goatee and his purple Undertaker logo on his chest. Relive his countless encounters with Stone Cold Steve Austin with this figure now!

This figure is meticulously detailed to look so much like the real thing. In his black tights, this figure includes the iconic hat, interchangeable right hand, jointed interchangeable hands and three interchangeable heads. At 6 inches tall, it’ll be like having a mini Undertaker staring into your soul, standing on your desk. Who doesn’t want that?! 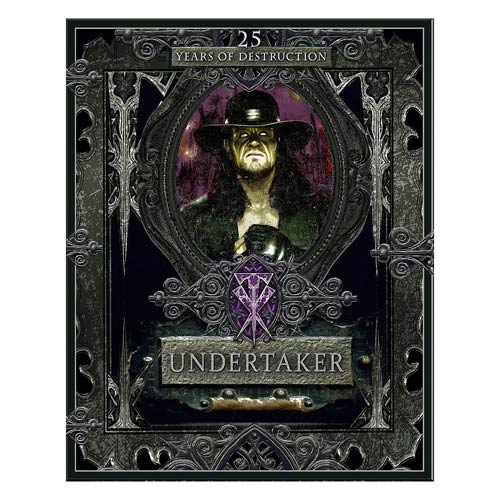 When you can’t jump on the WWE Network to relive The Undertaker’s memorable clashes with Mankind or The Rock, you can flip open this hardcover book! With 208 pages filled with stunning photographs and in-depth commentary, you’ll see and read everything you need to know about the Phenom that is The Undertaker! 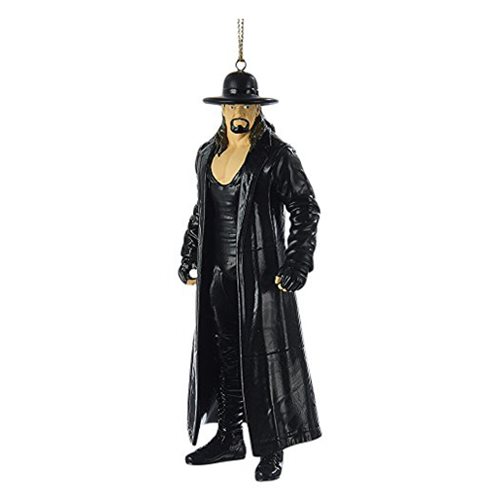 Nothing says the Christmas season is here like an Undertaker ornament. Santa will think twice about leaving coal anywhere near your tree with the Deadman hanging from it’s branches.

It was Survivor Series 1996. The Attitude Era within the WWE had just begun. The Undertaker had returned after being buried alive by Mankind. Having reinvented himself, he was an even more mysterious character now, calling himself the Lord of Darkness. And that moment has been captured with this figure! Dressed in his all back attire with a removable cape, he stands 6 inches tall.

You’ll never forget one of the most memorable men in wrestling history with any of these collectibles! Get yours now!

Action Figures Collectibles Fun Collectibles Statues
Related ItemsAction FiguresBookFiguartsornamentSportsThe UndertakerWorld Wrestling EntertainmentWrestlingWWE
← Previous Story Wish Harley Quinn a Happy 25th with These 6 Collectibles (One Is So Limited, We Guarantee You’ll Be the Only One on Your Block with It)
Next Story → A Death Star Built for Peaceful Purposes: Star Wars Death Star Electronics Lab from Uncle Milton